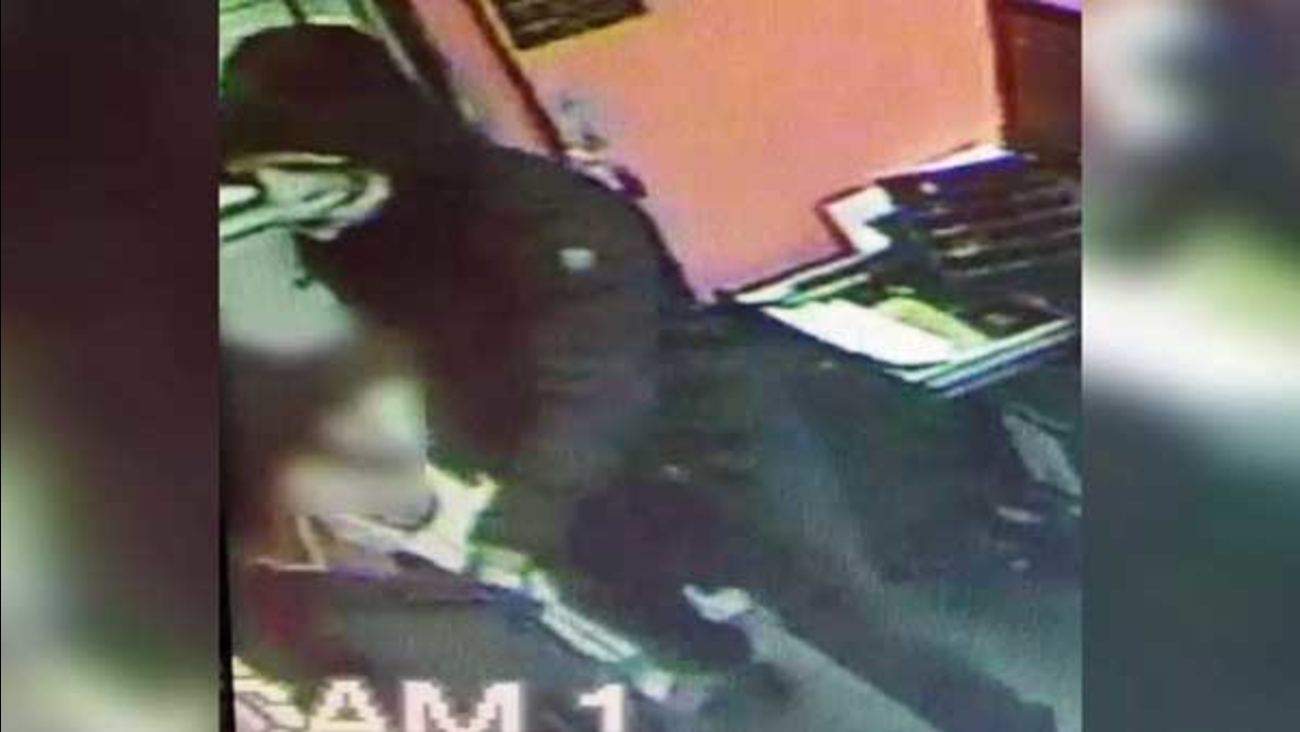 Pictured: One of two masked suspects who robbed a Pizza Hut at gunpoint on the 2900 block of North Broad Street in North Philadelphia on April 12.

NORTH PHILADELPHIA (WPVI) -- Police are searching for two masked suspects who robbed a Pizza Hut at gunpoint in North Philadelphia.

The incident happened just after 10 p.m. on April 12 inside the restaurant on the 2900 block of North Broad Street.

Once inside, one of the suspects approached a 30-year-old employee behind the counter, pointed a handgun at him and demanded him to open the register and safe.

The second robber headed towards the back of the restaurant where a second male employee was working, pointed a handgun and ordered him to the front of the store.


The pair stole an unknown amount of cash before fleeing the scene.

Police describe the first suspect as a black male, 25 to 30-years-old, 6'0" tall, 160-170 lbs. with a brown complexion. He was wearing a dark colored ski mask, black hooded sweatshirt with the hood pulled up, blue jeans, black and white sneakers and was carrying a white plastic sneaker bag blue/white/yellow sneaker bag and armed with a handgun.

The second suspect is described as a black male, 25 to 30-years-old with a dark complexion. He was wearing a 3/4 length black hooded jacket with the hood pulled up, white bandana with black spots covering his face, grey baseball cap, white sneakers, and armed with a handgun.

If you see these suspects do not approach, contact 911 immediately.