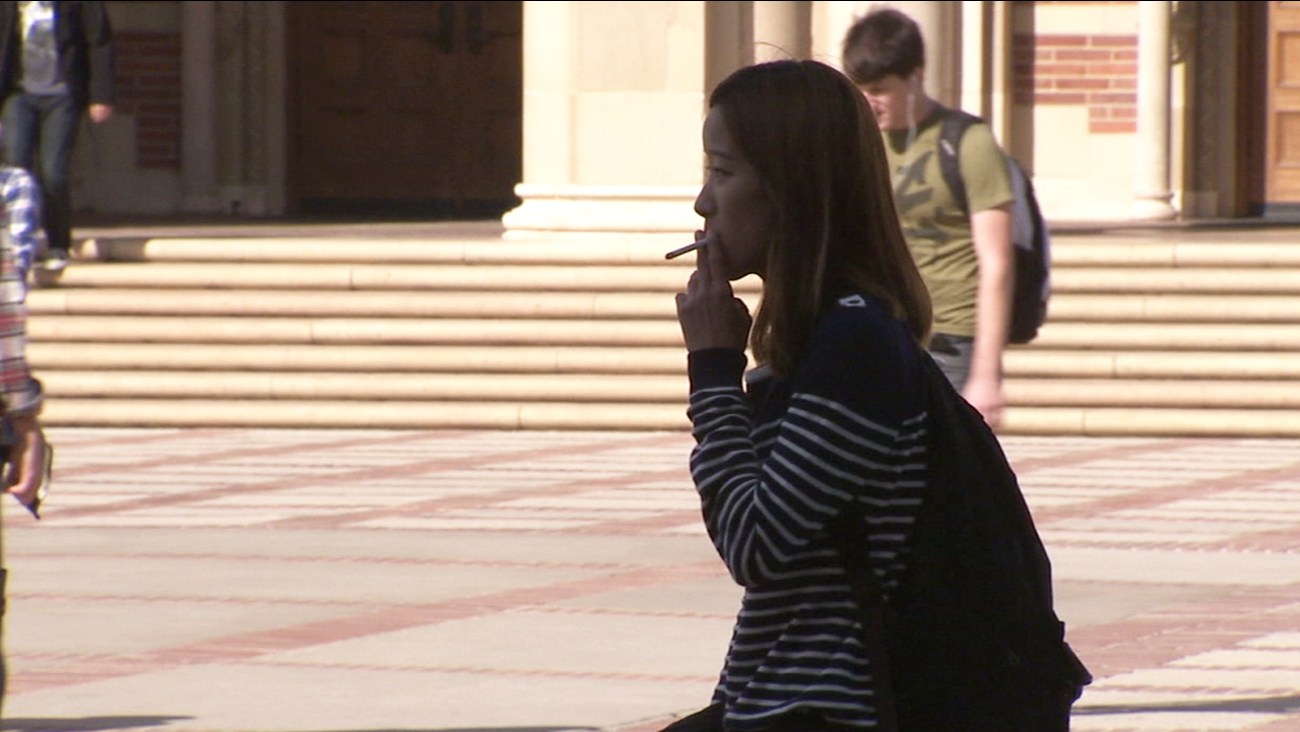 The California Assembly on Monday, April 25, 2016 approved banning tobacco use on all California State University and community college campuses.

AB1594 now heads to the state Senate. It would prohibit chewing, dipping, smoking or vaping natural or synthetic tobacco products on 136 California campuses. About 2.5 million students attend those schools that have a total of about 100,000 staff and faculty members.

"This measure will promote a safe and healthy environment for students to learn and make campuses a more education-friendly environment and tobacco-smoke-free," said McCarty, D-Sacramento.

The proposal would allow school trustees and board members to decide whether to fine campus smokers up to $100. The money would go to support education programs at the campus where the violation occurred.

Supporters said the bill would help decrease the harmful effects of nicotine and secondhand smoke. Others questioned whether it is necessary, given that campus officials can already ban tobacco.

Assemblyman Donald Wagner, R-Irvine, opposed the bill and rebutted McCarty's argument that unifying all campus policies would be beneficial.

"We do in fact have local governments that are charged with making these decisions," Wagner said. "That is not a hodgepodge; that is democracy naturally."

The Legislature sent six different tobacco restrictions to Brown on Friday, including a plan to raise the legal age to buy tobacco from 18 to 21.