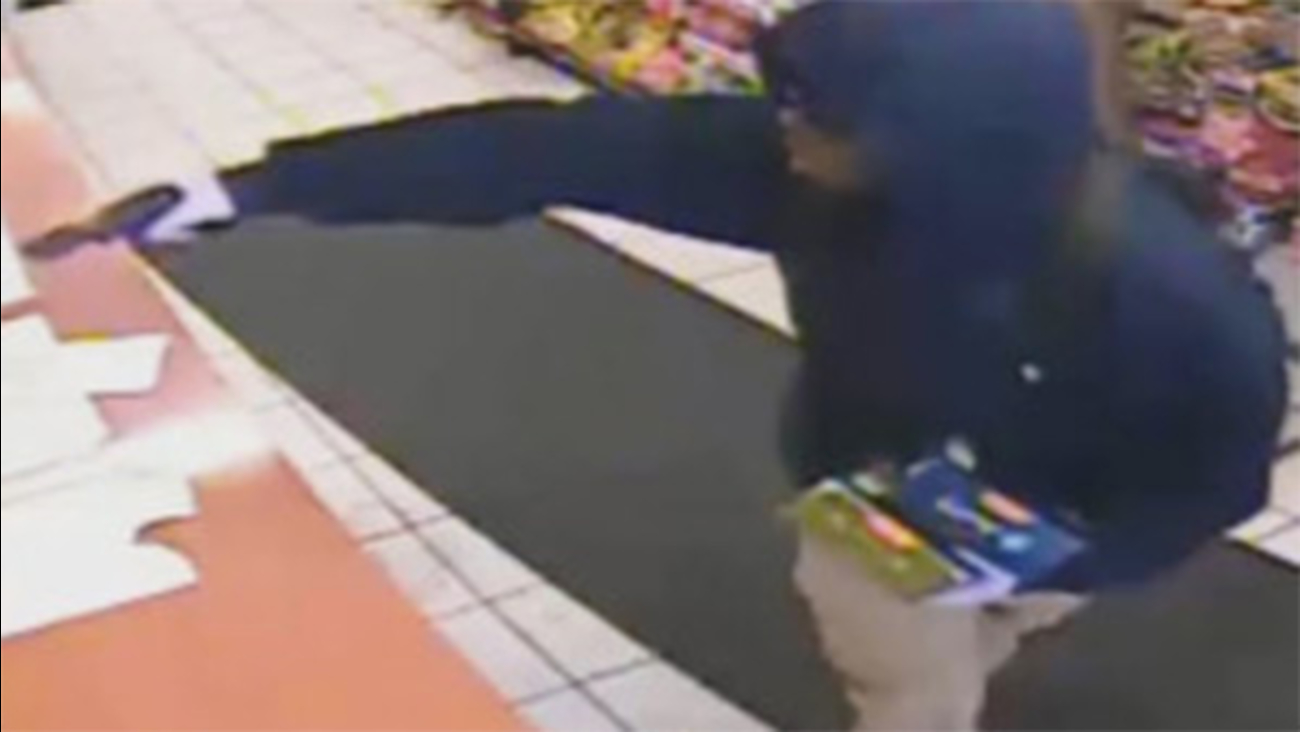 SOUTHWEST PHILADELPHIA (WPVI) -- Police are asking the public's help in identifying a suspect wanted in a restaurant robbery in Southwest Philadelphia.

Police say a 46-year-old male was working at the cash register when an unknown male entered the J & A Breakfast and Deli located on the 6100 block of Elmwood Avenue.

That person was armed with a handgun, and demanded money, police say.

The worker turned over an unknown amount of money to the suspect.

The suspect took the cash, and fled the store heading west on Elmwood.

The victim was hurt during the robbery. He was taken to Presbyterian Hospital and treated for lacerations.

The suspect is described as a black male, 20-years-old, and medium build. He was wearing a dark colored hooded sweatshirt, sunglasses, tan pants, dark colored shoes, and gloves. He was carrying a black backpack with an "Air Jordan" logo on the back, and allegedly armed with a handgun.

Police are asking the public's help in identifying a suspect wanted in a restaurant robbery in Southwest Philadelphia.