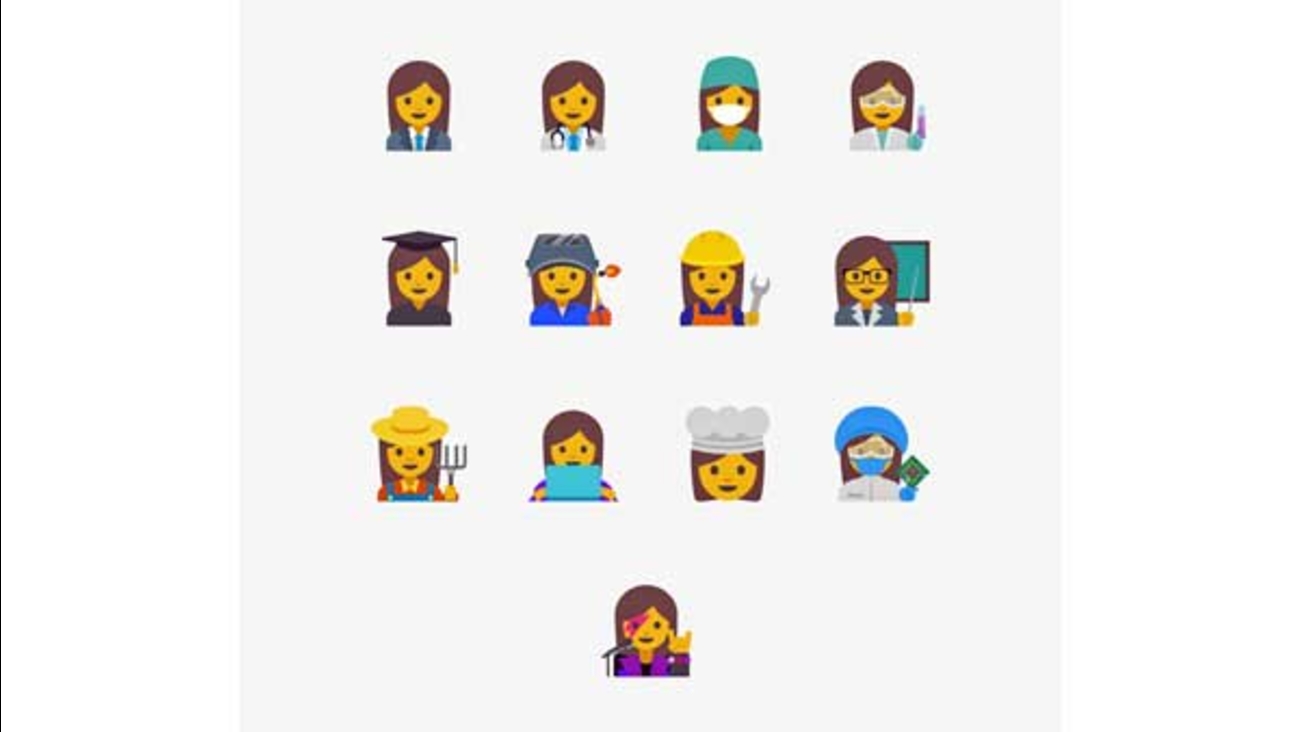 In a proposal to the Unicode Consortium, which controls specifications for emojis, Google says it wants to create a new set "with a goal of highlighting the diversity of women's careers and empowering girls everywhere." The proposal says women - and those under 30 in particular - are the most frequent users of emojis.

One sample emoji even has a pitchfork and a farmer's hat. Google has also included sample male versions of the same emojis.