Morley Safer, the veteran "60 Minutes" correspondent who was equally at home reporting on social injustices, the Orient Express and abstract art, and who exposed a military atrocity in Vietnam that played an early role in changing Americans' view of the war, died Thursday, according to Kevin Tedesco, a CBS News publicist.

Condolences to our friends at @CBSNews on passing of legendary @60Minutes correspondent Morley Safer who died at 84. pic.twitter.com/AiBbRvjHoM

No further details on his death were immediately available.

Safer, who once claimed "there is no such thing as the common man; if there were, there would be no need for journalists," was 84. "60 Minutes" aired a tribute to Safer on Sunday after he announced his retirement last week. 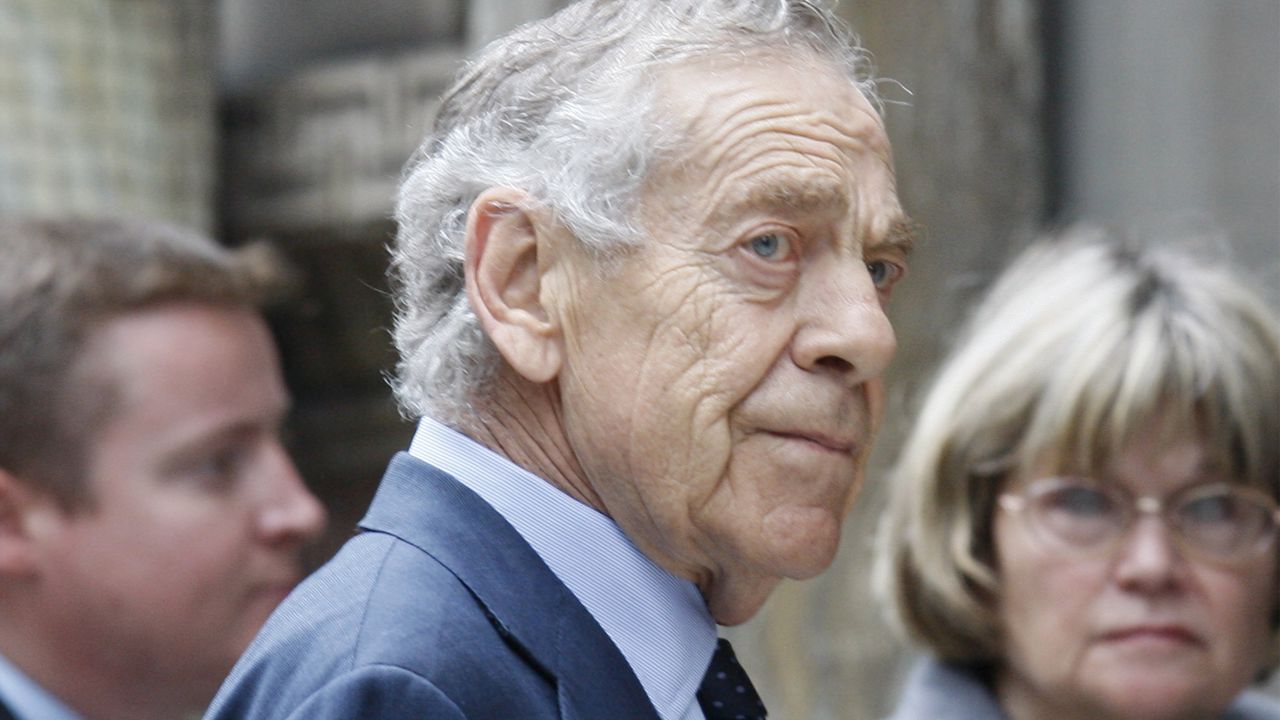 "This is a very sad day for all of us at 60 Minutes and CBS News. Morley was a fixture, one of our pillars, and an inspiration in many ways. He was a master storyteller, a gentleman and a wonderful friend. We will miss him very much," said Jeff Fager, the executive producer of "60 Minutes."

Safer did 919 stories in his 46 years on "60 Minutes," from his first in 1970 about U.S. Sky Marshals to his last this March, a profile of Danish architect Bjarke Ingels.

"Morley was one of the most important journalists in any medium, ever," said CBS Chairman and CEO, Leslie Moonves. "He broke ground in war reporting and made a name that will forever be synonymous with "60 Minutes." He was also a gentleman, a scholar, a great raconteur."

In 1970, Safer joined "60 Minutes," then just two years old and not yet the national institution it would become. He claimed the co-host chair alongside Mike Wallace.

During the next four decades, his rich tobacco-and-whiskey voice delivered stories that ranged from art, music and popular culture, to "gotcha" investigations, to one of his favorite pieces, which, in 1983, resulted in the release from prison of Lenell Geter, an engineer wrongly convicted of a $50 holdup at a fast food restaurant who had been sentenced to a life term.

A memorable 1984 profile of Jackie Gleason took place in a bar around a pool table, where "the Great One" showed Safer and his viewers how it's done.

A pair of essays in the 1990s - "Yes, But Is It Art?" - examined the relative merits of representational and abstract art.

A 1991 story close to Safer's heart reported a not-yet-popular view among some medical experts that regular consumption of red wine can be good for one's health. As with many "60 Minutes" stories, this piece had an immediate impact: Dropping by his neighborhood liquor store the day after it aired, Safer learned there had been a rush on red wine.

And in 2011, he scored a coup: a sit-down with Ruth Madoff, offering her first public description of the day she learned from her husband, Bernard, that he was running the biggest Ponzi scheme in history.

Safer won a Robert F. Kennedy Journalism Award for his 2001 story on a school in Arizona specifically geared to serve children who are homeless.

Safer was born in Toronto in 1931, yet nonetheless insisted he was "stateless" and, as a reporter chasing stories around the globe, claimed, "I have no vested interests." He eventually became an American citizen, holding dual citizenship.

He began his career at several news organizations in Canada and England before being hired by Reuters wire service in its London bureau. Then, in 1955, he was offered a correspondent's job in the Canadian Broadcasting Company's London bureau, where he worked nine years before CBS News hired him for its London bureau.

That August, "The CBS Evening News with Walter Cronkite" aired a report by Safer that rocked viewers, who, at that point, remained mostly supportive of the war effort in Vietnam. Safer had been invited to join a group of Marines on what a lieutenant described as a search-and-destroy mission in the tiny villages that made up Cam Ne.

But what he encountered there, and captured on film, was the spectacle of American soldiers employing their Zippo lighters to burn the thatched-roof, mud-plastered huts to the ground, despite having encountered no resistance from village residents.

President Johnson gave CBS President Frank Stanton a tongue-lashing and suggested that Safer had "Communist ties" and had staged the entire story. Safer feared for his safety in the company of angry U.S. soldiers.

"The Cam Ne story was broadcast over and over again in the United States and overseas. It was seized upon by Hanoi as a propaganda tool and by scoundrels of the left and right, in the Pentagon and on campuses," Safer wrote in his 1990 memoir, "Flashbacks: On Returning to Vietnam."

In 1970, he was brought to New York to succeed original co-host Harry Reasoner on an innovative newsmagazine that, in its third season, was still struggling in the ratings, and would rely on Safer and Wallace as its only co-anchors for the next five years.

In 1971, Safer won an Emmy for his "60 Minutes" investigation of the Gulf of Tonkin incident that began America's war in Vietnam.

He became a fixture at "60 Minutes" - and part of that show's rough-and-tumble behind-the-scenes culture. (A former producer for Safer kept on display a framed remnant of the curtain that was the landing place for a cup of coffee Safer once threw at him.)

And as late as 2012, he still held forth daily in his office on West 57th Street, where he banged out "60 Minutes" stories as he had done for more than 40 years.

He is survived by his wife, the former Jane Fearer, and his daughter Sarah.