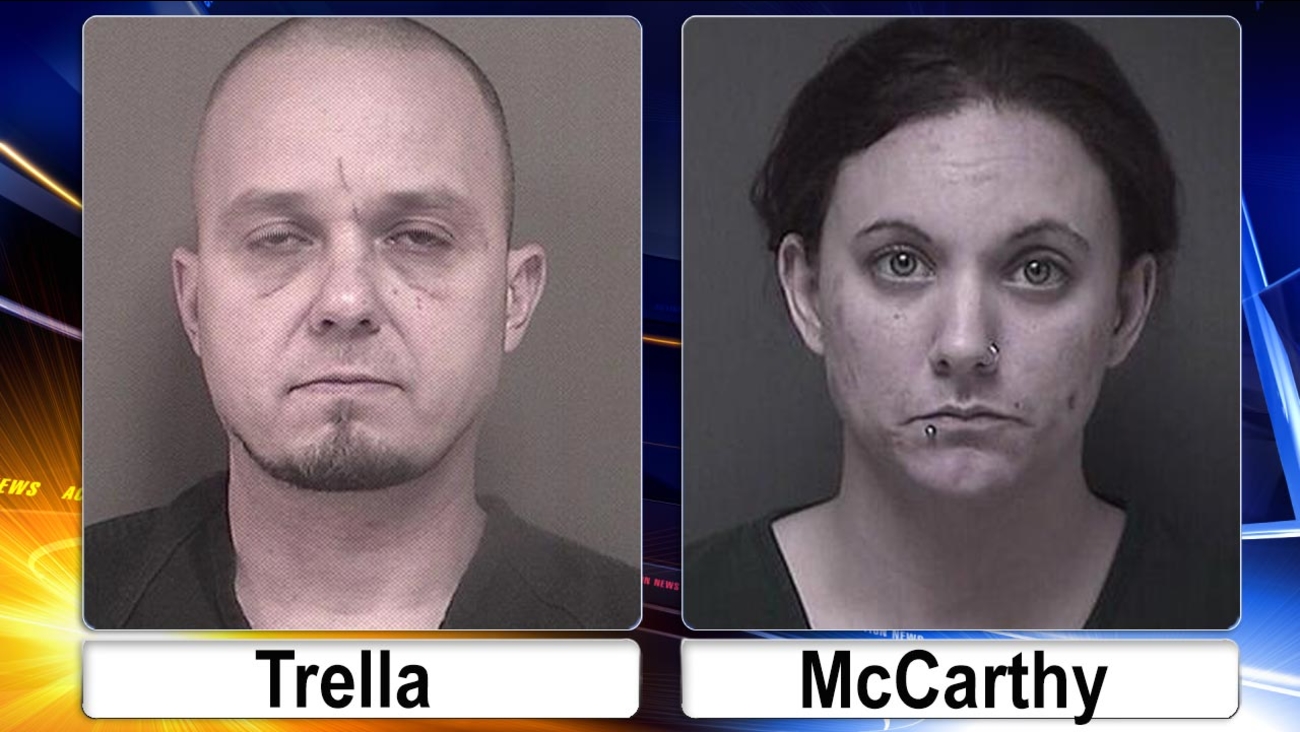 BERKELY TWP., N.J. (WPVI) -- A mother and father in Ocean County, New Jersey, have been indicted after the drowning of their 2-year-old daughter.

Trella and McCarthy were arrested in January, following the August 2015 drowning of their daughter.

On August 17, 2015, a Berkeley Township police officer was called to a report of a 9-year-old girl running down the street stating that her 2-year-old sister was missing.

The 2-year-old was soon located in a neighboring swimming pool.

She was transported to Community Medical Center in Toms River where she was pronounced dead.

Police investigating the scene allegedly discovered marijuana and heroin inside the family's home.

Authorities say McCarthy instructed her 9-year-old daughter to retrieve a tin containing suspected heroin while in front of the investigating officers.

They also say Trella attempted to destroy marijuana located within the home.

Witnesses tell police the 2-year-old had been seen wandering around the neighborhood unsupervised on prior occasions.