ABCNews
By BY KATIE KINDELAN 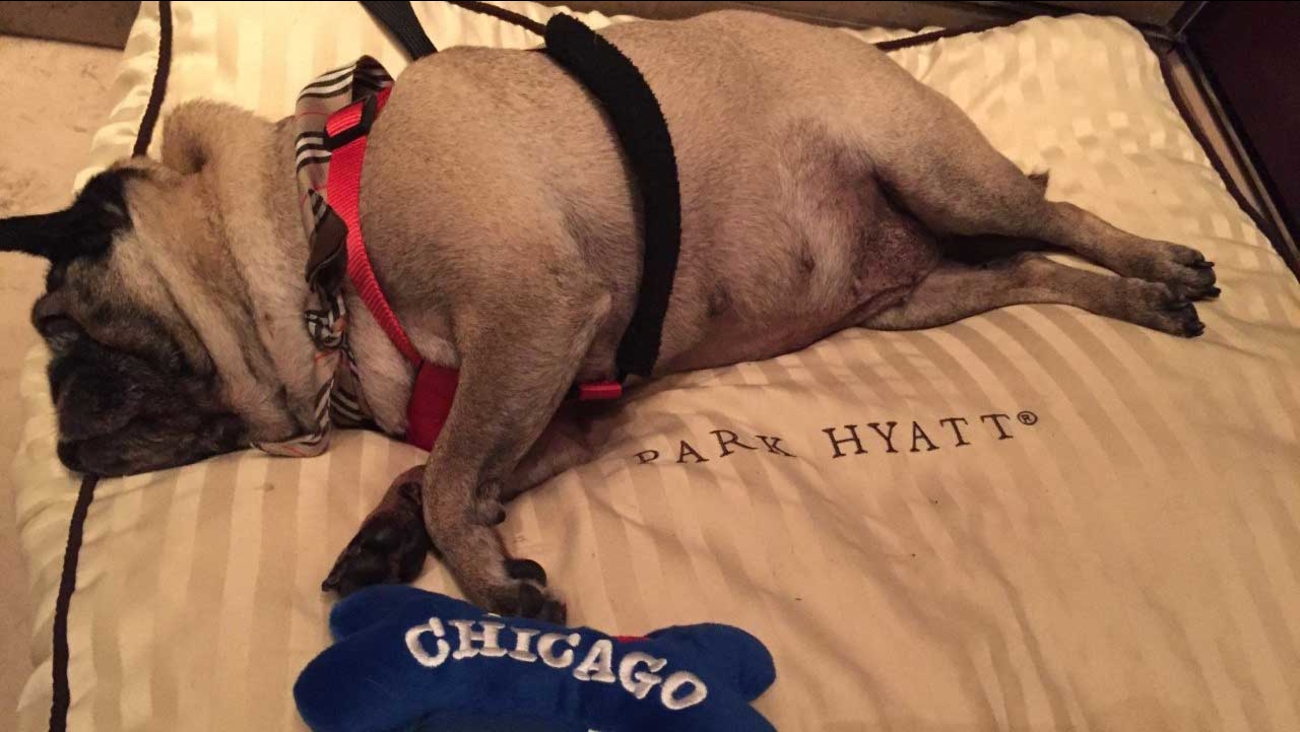 CHICAGO -- A Chicago pug went from being homeless to living in one of the city's poshest hotels.

The pug, Parker, was adopted nearly one month ago by the Park Hyatt Chicago after spending over a month at a no-kill shelter in Chicago, Pets Are Worth Saving (PAWS),according to ABC Good Morning America.

Parker, who has one eye in addition to other disabilities, greets guests at the hotel's front door and even sleeps behind the hotel's check-in desk. When the pug needs quiet time, she can slip through a doggy door the hotel built especially for her to enter a room behind the front desk.

"There's a major staircase that goes down to the meeting space and she knows that space and she'll go off on her own and becomes the mascot down there," Park Hyatt's general manager, Walter Brindell, told ABC News. "We scheduled a dog walker to come in a few times a day (to walk her) but it has been so unnecessary. There's so many people that want to take her out."
Brindell, a board member of PAWS, chose Parker after seeking a people-friendly dog to become part of the hotel's family.

"My intent was to bring a dog into the hotel environment that was not necessarily going to have the option of what you might call a traditional home, so a more senior dog and maybe one that had special needs and also one that was very child friendly and very dog and pet friendly and a dog that would fit in city life," he said. "She's just adapted so well."

The hotel, located on Chicago's Michigan Avenue, is a pet-friendly hotel where guests are asked to make $100 a pet deposit to keep their furry friends in their room. The hotel then donates 100 percent of that deposit to PAWS Chicago.

"I never, never, never expected it," he said. "We've always been supportive of bringing pets to work if you need to but she's here 24/7 and both guests and colleagues just want to go down and see her in the morning."