WPVI
1 / 17
A tree brought wires down onto a car in Lansdowne, Pa. Action News viewer Jim Carr sent in this photo.
PHILADELPHIA (WPVI) -- A fast-moving storm knocked down trees and power lines, leaving thousands without power across the region Wednesday. 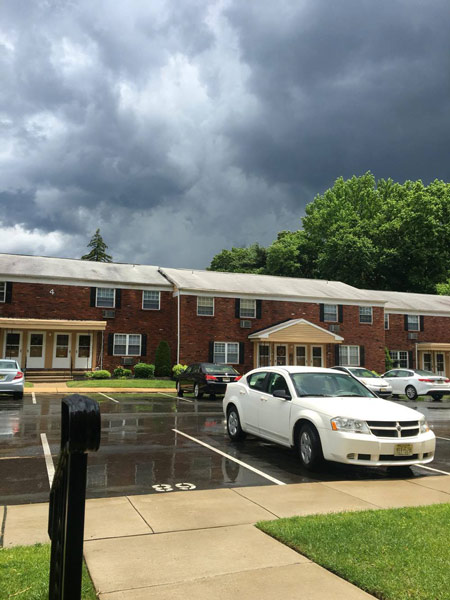 Action News viewer sent in this photo of the storm in Maple Shade, NJ.

Action News viewer Jamie Fiorillo sent in this photo of the storm clouds above the 9th Street Bridge in Somers Point, NJ. 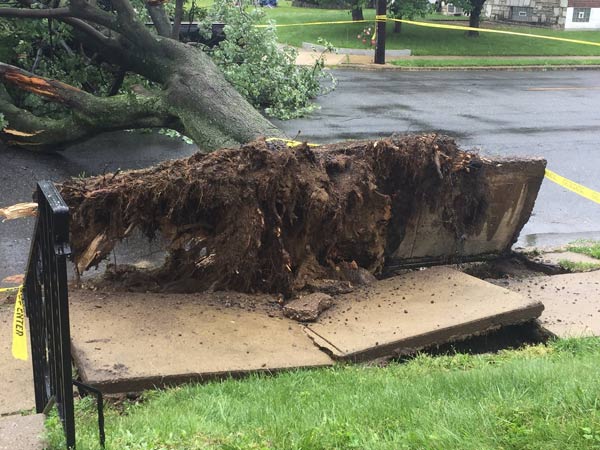 Action News viewer Danielle sent in photos of a tree that fell onto a car on the 7100 block of Whitaker Avenue in Northeast Philadelphia. 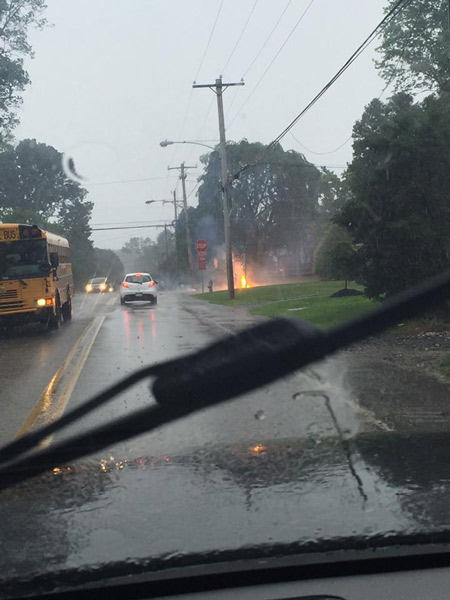 Six Flags Great Adventure was among the businesses that lost power.

In a statement, Six Flags Great Adventure says the power is out in Jackson Township, New Jersey, including at the park.

"Everyone is safe and no one was injured, one ride was unloaded (indoor ride). All the other rides had already been closed due to weather," the statement read.

Crews worked to rescue a woman inside the car.

The storm, which came through late Wednesday morning to early afternoon, saw power lines and trees fall to the ground.

Strong winds sent a tree crashing into Jeannette Blake's car on Federal Street in Camden. She was inside, but somehow emerged without a scratch.

In Springfield, Delaware County, a number of larges tree fell.

One of them came crashing down onto Kara Giuffrida's car while she and her children were waiting at a red light.

"It was just a loud crash on top of my car and then glass broke on the left-hand side. I just wanted my kids to be OK and they're OK, thank God," Giuffrida said.

Not far from there, another huge tree uprooted, hitting a house on Locust Street.

Fortunately, no one was home at the time.

In Wilmington, Delaware, a tree fell onto a car on Thompson Station Road and Brandywine Creek Road around 11:30 a.m.

Arriving paramedics found a 32-year-old woman trapped inside the car.

The Talleyville Fire Company worked for 15 minutes to rescue the woman.

A tree fell onto a home in Cinnaminson, New Jersey.

She was taken to Christiana Hospital in stable condition.

Action News sports reporter Jamie Apody says the storm was causing some trouble at an Eagles practice. " Team moved inside for today," she said.

The storm brought thunder, winds, heavy rains and even hail. 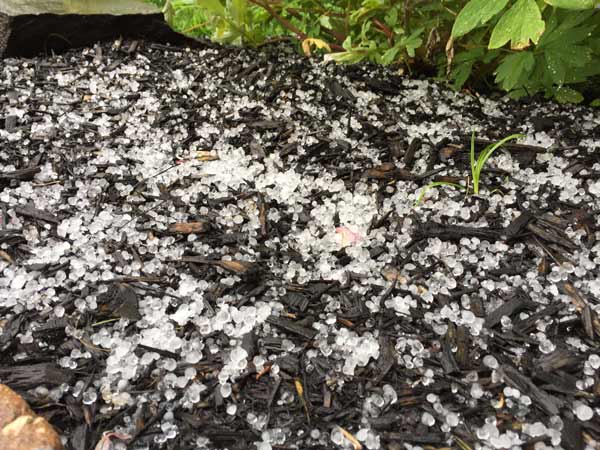 A large tent at Water Works in Center City was taken out by the storm. Action News photographer Richard Lacovara captured the scene as workers, who were setting up the tent, had to run for cover.

Catering tent at Waterworks is taken out by quick moving storm. @6abc. Crews assembling it had to run for cover. pic.twitter.com/nmTX55XyKt

SEPTA suspended service on the Chestnut Hill West and Trenton lines due to Amtrak's downed wires. Both lines have resumed service.

New Jersey Transit suspended RiverLINE service both ways between the Pennsauken Transit Center and Rt. 73 Pennsauken due to a downed tree blocking the tracks for an hour Wednesday afternoon.

#RiverLINE is suspended both ways between the Pennsauken Transit Center and Rt. 73 Pennsauken due to a downed tree blocking the tracks

The Philadelphia International Airport reports departures were running an average 59 minutes late due to storms. Check flight status with your carrier.

PHL getting hammered right now with heavy rain and wind. Expect impacts to flight ops. Check with your carrier.