New Jersey town threatens fines for those who feed seagulls 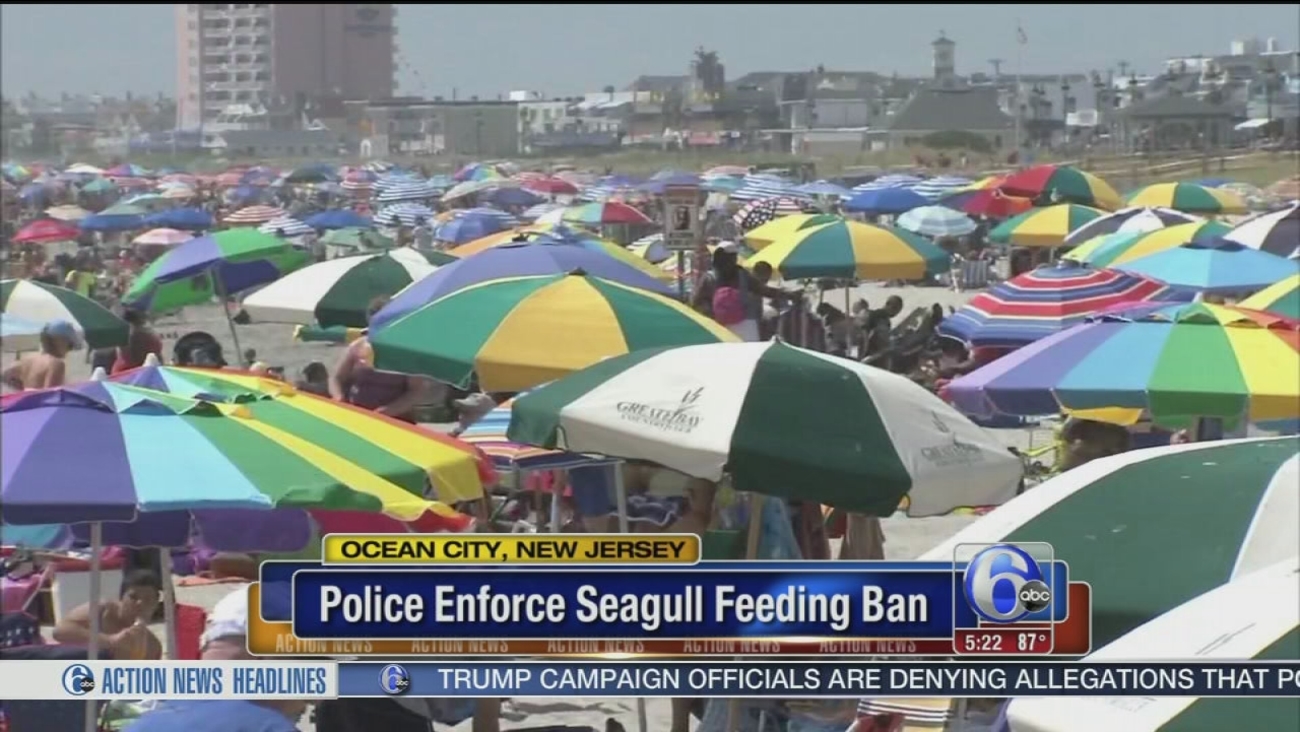 OCEAN CITY, N.J. -- A New Jersey shore town is warning people not to feed the seagulls or any wildlife on the boardwalk.

Previously, police gave warnings. But the town has decided to crack down because the gulls are getting aggressive and diving for food.

Mayor Jay Gillian issued a statement Friday announcing that the city plans to strictly enforce the law and the warnings are no more.

"Many of the complaints involve children," Gillian said. "The city wants to be proactive before anybody gets hurt."

Pizzeria owner Chuck Bangle told The Press of Atlantic City he has given out 62 new slices of pizza in a week to customers who had slices stolen by gulls.

"It has gotten extremely worse. The seagulls are very aggressive, and the seagulls are no longer afraid," Bangle said. "I've seen children's lips get bit, I've witnessed a hot slice drop on a child that resulted in a burn."

"This is something that our group has wanted to see the city enforce for a while now," said Kazmarck, owner of the Surf Mall on the boardwalk. "It's about public safety."

Ocean City is working with the Boardwalk Merchants Association and other groups to educate visitors.

"I think what people need to understand is by feeding them it makes them aggressive because they get into a feeding frenzy," Kazmarck said.

Police Chief Chad Callahan is recording a message that will remind boardwalk patrons of the ordinance. Notices of the enforcement will be placed in the city's welcome centers, boardwalk businesses and on social media.