Fan ejected from Phillies game after verbal confrontation with umpire 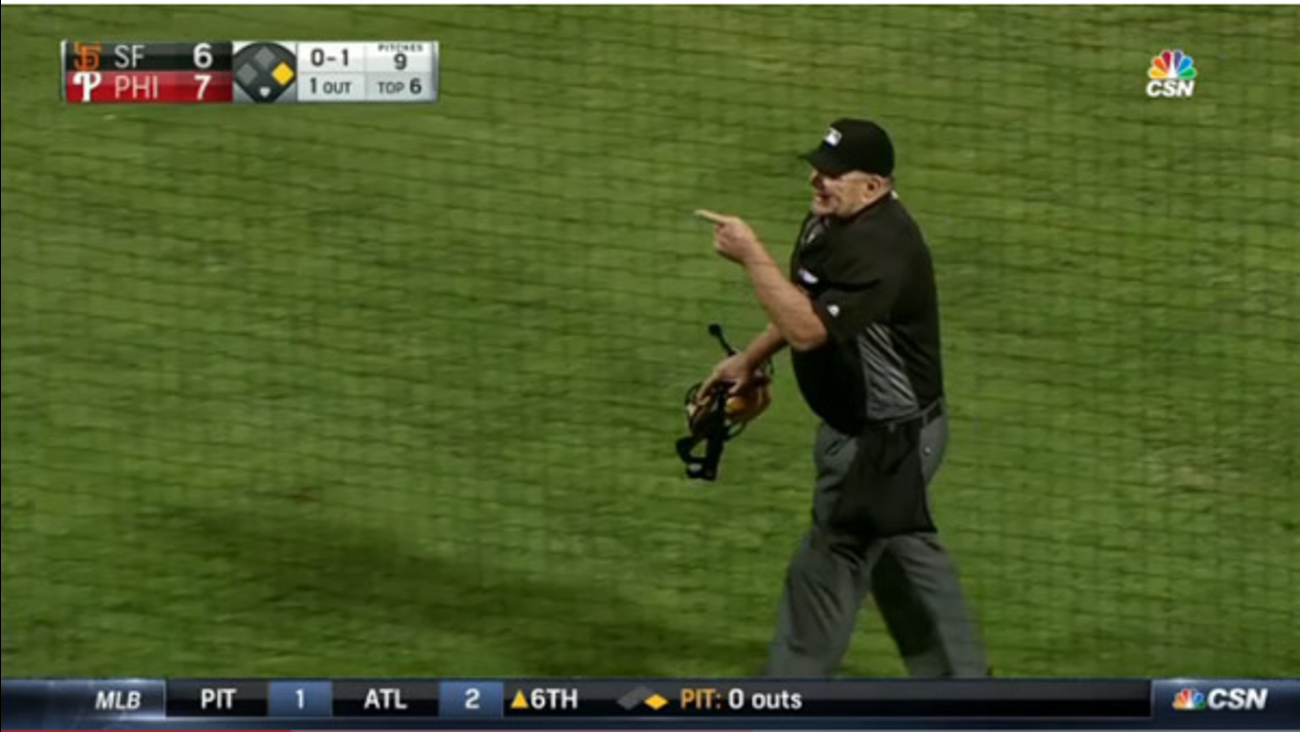 PHILADELPHIA -- A fan attending the game between the San Francisco Giants and Philadelphia Phillies on Tuesday night was asked to leave his seat in the sixth inning shortly after a verbal confrontation with plate umpire Bob Davidson.

Davidson stopped the game in the middle of an at-bat, walked toward where the fan was sitting and had words with him after the man was yelling loudly in Davidson's direction. Davidson could be heard yelling, "Get that guy out of here."

The man stood and pointed at Davidson and continued to shout as Davidson returned to his duties behind the plate.

The fan was sitting 15 rows from the field behind the visitors' dugout.

Shortly after the spat, a Phillies usher approached the fan, who quieted down. A short time later, another Phillies employee approached the man and escorted him out of his seat.

A Phillies spokesperson said Davidson complained to team security about the fan's language and, when approached, the fan agreed to leave on his own.