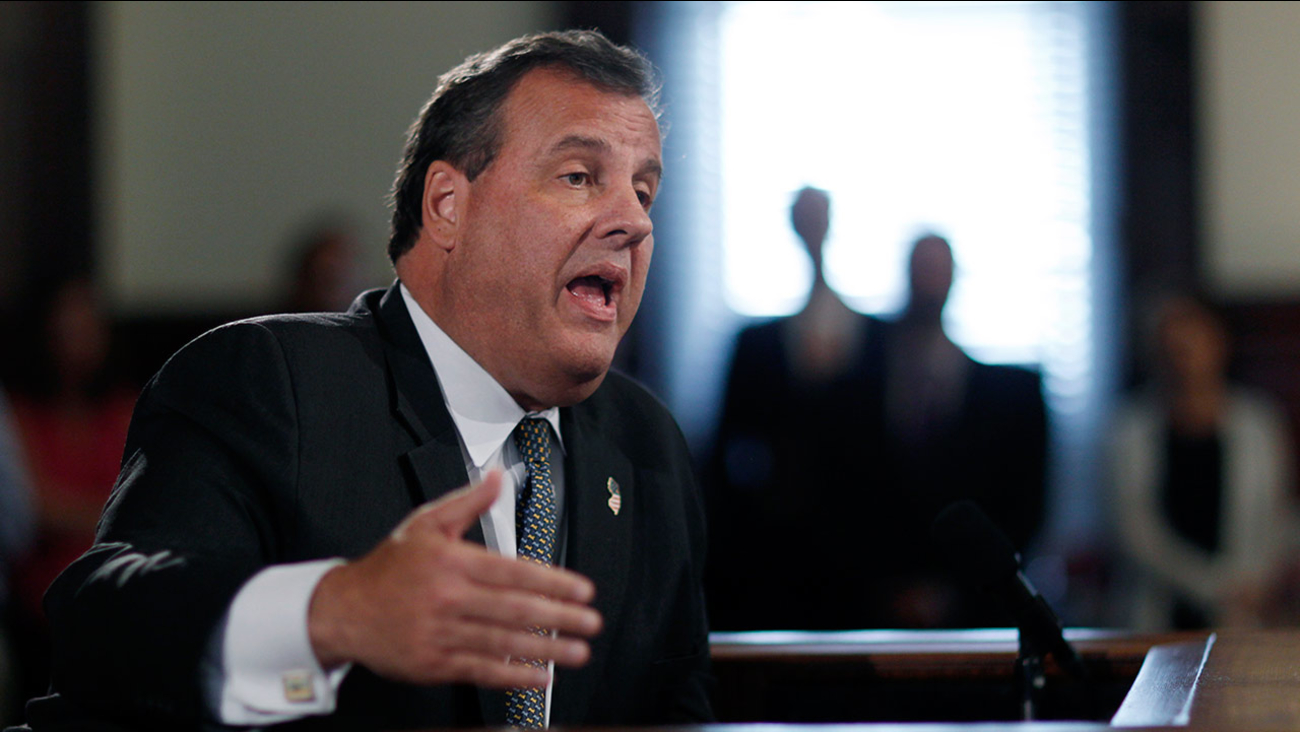 NEWARK, N.J. -- A former aide to Gov. Chris Christie texted to a colleague during a news conference about the George Washington Bridge lane-closing scandal that Christie "flat out lied" when he denied his senior staff and campaign manager were involved, according to a new court filing.

A transcript of the text is contained in court filings submitted late Tuesday by attorneys representing Bill Baroni, who faces trial in federal court next month with Christie's ex-deputy chief of staff, Bridget Kelly.

They are accused of orchestrating the September 2013 closing of access lanes to the bridge to create traffic jams in the city of Fort Lee to punish its Democratic mayor for not endorsing the Republican governor, prosecutors say.

Christie on Wednesday denied that he lied.

"I absolutely dispute it. It's ridiculous. It's nothing new," Christie told reporters in New York City after co-hosting a sports talk radio show Wednesday morning. "There's nothing new to talk about."

He also noted that the information came from a filing from a defense lawyer and wasn't from someone who was under oath.

Christie, who is advising GOP presidential nominee Donald Trump, wasn't charged in the lane-closing scandal and has denied knowing anything about it.

The new revelations could shed more light on who in the upper echelons of Christie's administration knew about the lane closures and when, a theme defense attorneys are expected to make central during the trial.

In Tuesday's filing, attorney Michael Baldassare hinted there are many more texts still to be revealed. Defense attorneys also have subpoenaed the cellphones and personal electronic devices of Christie and several top aides, though a judge likely will have to rule on whether they have to produce them.

The text exchange between Christina Renna, Christie's then-director of intergovernmental affairs, and Peter Sheridan, a staffer on his re-election campaign, came while Christie was telling reporters at a December 2013 news conference that no one in his office was involved in the lane closings.

According to the court filing, Sheridan texted Renna to say Christie was "doing fine. Holding his own up there."

Renna responds with, "Yes. But he lied. And if emails are found with the subpoena or (campaign) emails are uncovered in discovery if it comes to that it could be bad."

At a January 2014 news conference during which Christie announced he had fired Kelly, he described asking each of his staffers a month earlier, before the news conference, if they knew anything about the closures. He said he was "heartbroken" to learn Kelly had betrayed his trust and called her actions "stupid" and "deceitful."

Renna's attorney, Henry Klingeman, said Wednesday his client "will answer questions publicly when she testifies at the upcoming trial, not before."

Stepien was Renna's boss when she joined the office of intergovernmental affairs in 2010, Renna told a legislative committee in 2014. Christie's ex-deputy chief of staff, Bridget Kelly, eventually took over for Stepien. The office was responsible for outreach to county and local officials.

Christie cut ties with Stepien in January 2014 after a separate nearly two-hour news conference in which the governor apologized for the lane closures but denied any knowledge of them or a cover-up.

Stepien, who is now executive director of a think-tank created by Republican Lt. Gov. Kim Guadagno, has not been charged.

Baroni, a former high-ranking Christie appointee at the Port Authority of New York and New Jersey - the agency that operates the bridge - and Kelly are charged with conspiracy, wire fraud and civil rights violations.

Former Port Authority official David Wildstein, a high school classmate of Christie's, has pleaded guilty and will testify for the government. Defense attorneys are expected to portray him as the driving force behind the scheme and the only one with the authority to effect the lane realignment.