WINSLOW TWP., N.J. (WPVI) -- A little boy in New Jersey, who bought lunch for police officers in his town, now has his very own police car, courtesy of the men and women in blue. 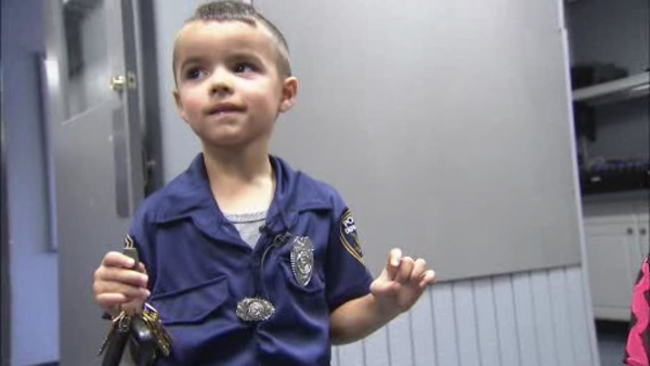