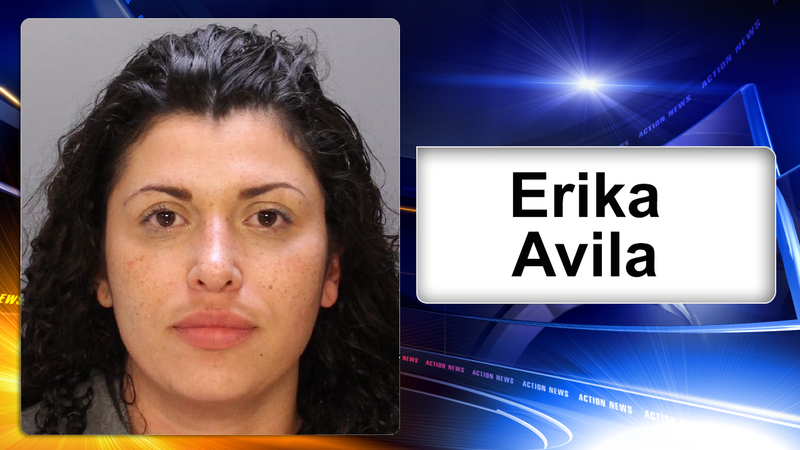 PORT RICHMOND (WPVI) -- Police have identified a woman accused of ramming a cop vehicle and attempting to run down an officer in Philadelphia's Port Richmond section.

The suspect has been identified as 33-year-old Erica Avila of the 5800 block of Harbison Avenue.

It all began at 9:26 p.m. Thursday when officers traveling eastbound on the 600 block of East Clearfield Street spotted a reportedly stolen 2004 Jeep Laredo, operated by Avila, driving toward them in the wrong direction.

Fearing the suspect was going to strike the police vehicle, the officer on the passenger side exited and ran onto the sidewalk.

According to police, the suspect then drove the Jeep onto the sidewalk in the direction of the officer. The officer then drew his weapon and fired one shot through the front windshield, striking the suspect in the left hand.

The suspect then fled, with officers giving chase, traveling westbound on the sidewalk on the 3000 block of E Street, police say.

Traveling at a high rate of speed, police say the suspect hit a concrete barrier and crashed into a patrol wagon on the 2900 block of Richmond Street. The impact caused the Jeep to roll onto its side.

She was taken to Temple University Hospital for treatment.