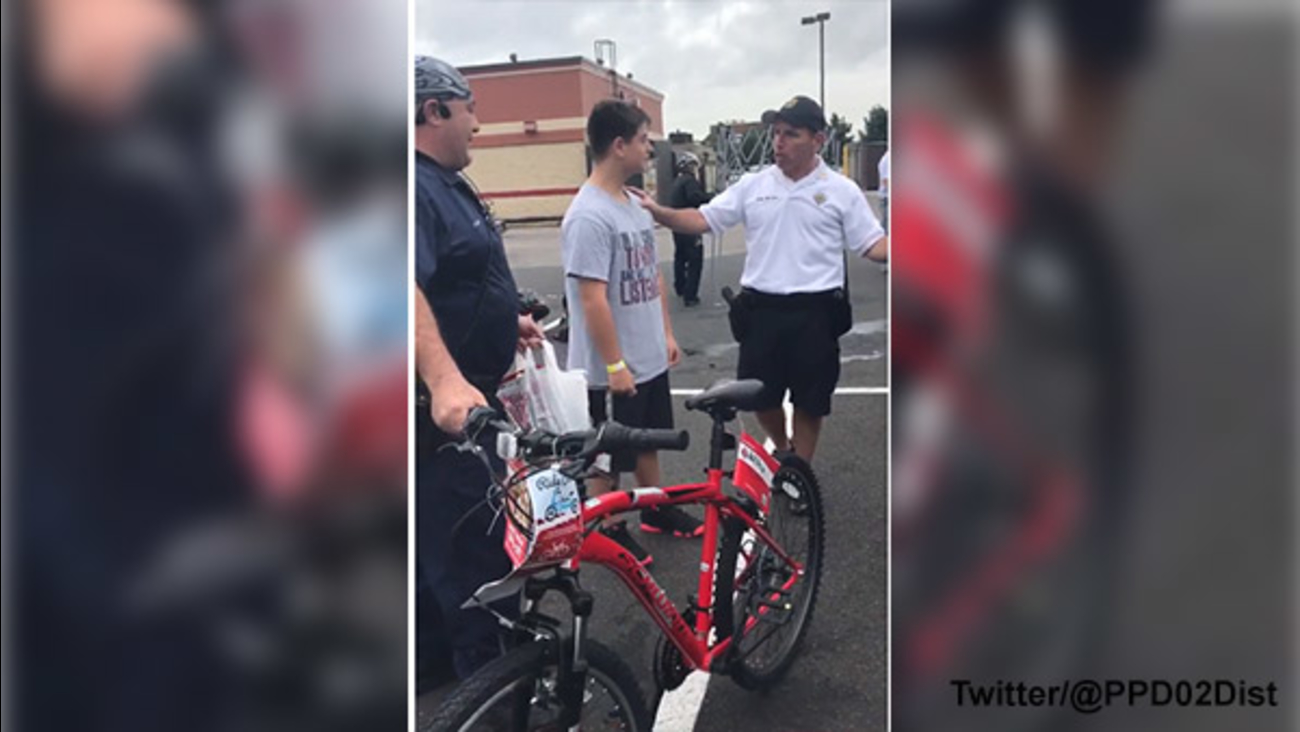 The "Peace Ride" is meant to promote public safety and deter violence in the community.

Philadelphia police tell Action News a few Narcotics Strike Force officers noticed a boy taking part in the ride on a chopper bicycle with a single gear and bad tires.

Philadelphia police officer Andrew Schafer was there and recorded the moments leading up to the big surprise.

"He kept up with the group on the 11 mile ride through the district. Upon talking with him, a few of the Narcotics Strike Force officers realized that he didn't own a bike," Schafer wrote on his Facebook page.

Police say the officers went to a nearby Target and bought the boy a brand new bike and helmet with their own money.

It was then time for the big reveal.

Captain Tom McLean of the 2nd District presented the bike to the unsuspecting boy who can be heard saying, "Oh my God. Thank you."

The boy hugged nearby officers as everyone applauded.

"You worked harder than anybody else out there on a bad bike," Captain McLean said.

The 2nd District posted a video of the boy's reaction to his new bike on Twitter.

Narcotics Strike Force personally bought this young man a brand new bike & helmet once they saw the condition of his bike @PhillyPolice pic.twitter.com/0ToibpJXeV

Police say he showed a lot of heart while continuing to ride on his bad bike.