Trump appears with Bill Clinton accusers ahead of debate 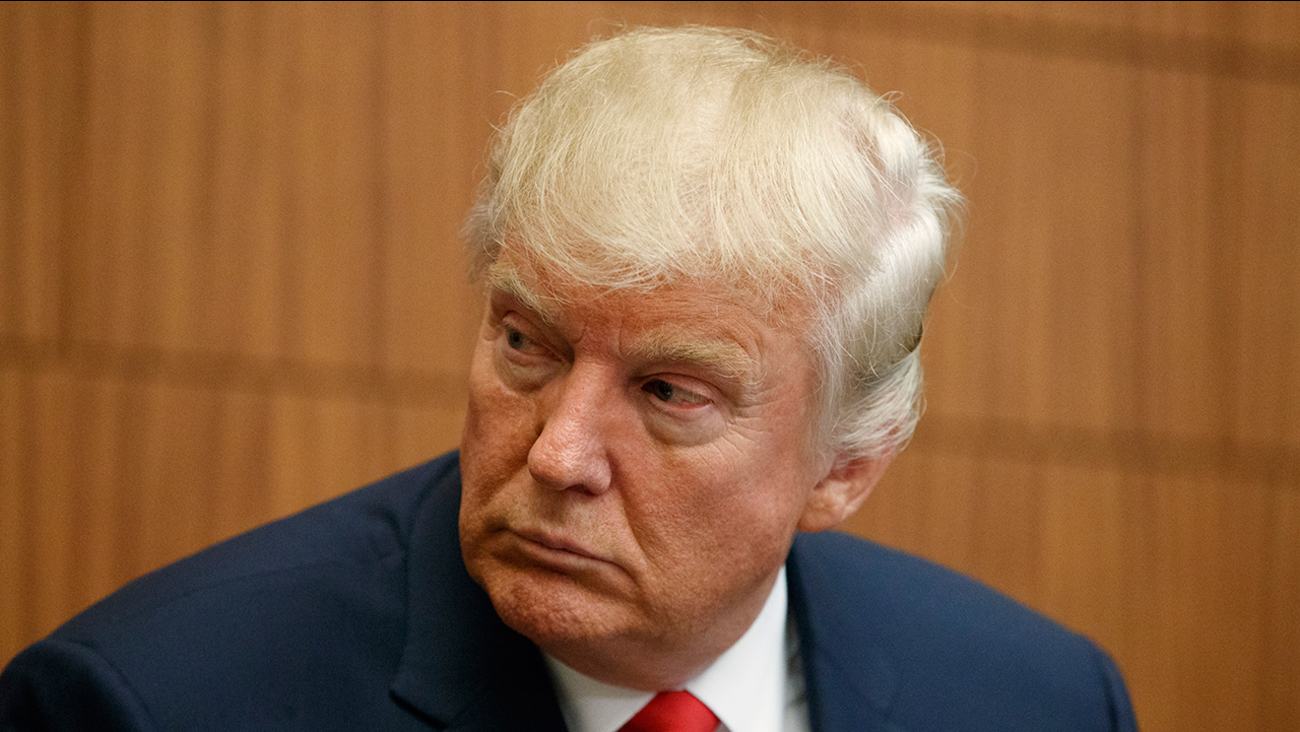 AP
Less than two hours before the second presidential debate, embattled GOP candidate Donald Trump held a press conference with four women who have made accusations against the Clintons in the past.

Paula Jones, Juanita Broaddrick, and Kathleen Willey were three of the four women who flanked Trump at the St. Louis press conference, all of whom have accused former president Bill Clinton of either having a sexual relationship with them or making unwanted sexual advances.

The fourth is Kathy Shelton, who was raped at the age of 12 and whose alleged attacker was represented by Hillary Clinton.

Trump said little at the press conference, saying that "these four very courageous women have asked to be here and it was our honor help them."

He said that he was "going to have a little meeting" with the women after the press conference, suggesting that he would be using their stories as part of his preparation for tonight's town hall-style debate.

Each woman then gave a brief statement of support for Trump, who has been under fire for audiotape of comments he made in 2005 bragging about his ability to grope women. Many on both sides of the aisle have distanced themselves since the news Friday.

"Actions speak louder than words. Mr. Trump may have said some bad words but Bill Clinton raped me and Hillary Clinton threatened me I don't think there's any comparison," Broaddrick said.

Broaddrick is a retired nurse from Arkansas who first publicly claimed in the 1990s that Bill Clinton raped her in a hotel room in Little Rock, Arkansas, in 1978. Broaddrick denied those allegations in a 1998 lawsuit but recanted her denial in 1999.

No criminal charges were ever filed in the case, and Bill Clinton's personal lawyer said her claims were "absolutely false" in 1999 when they were made public.

She has spoken out several times during the 2016 presidential campaign, saying not only that Bill Clinton raped her but Hillary Clinton tried to silence her. Broaddrick recently tweeted that Hillary Clinton "lives with and protects a 'Rapist'. Her actions are horrific."

Trump has used quotes from Broaddrick in an attack ad previously, along with Willey, who was also at today's press conference.

Willey was a volunteer at the White House in November 1993 when, she alleged, Bill Clinton assaulted her in the Oval Office. She said he kissed and fondled her. She first publicly disclosed her claims on "60 Minutes" in 1998 during the Lewinsky scandal.

The U.S. Office of the Independent Counsel had concerns about the veracity of Willey's statements because she had lied to the FBI, and in the office's final report, it said that there was insufficient evidence to think Bill Clinton's testimony about the allegations, given in a separate case, was false.

"We're not surprised to see Donald Trump continue his destructive race to the bottom. Hillary Clinton understands the opportunity in this town hall is to talk to voters on stage and in the audience about the issues that matter to them, and this stunt doesn't change that. If Donald Trump doesn't see that, that's his loss. As always, she's prepared to handle whatever Donald Trump throws her way."
Related topics:
politicsdonald trumpbill clintonpresidential racedebateu.s. & worldhillary clinton
Copyright © 2021 ABC News Internet Ventures.
More Videos
From CNN Newsource affiliates
TOP STORIES