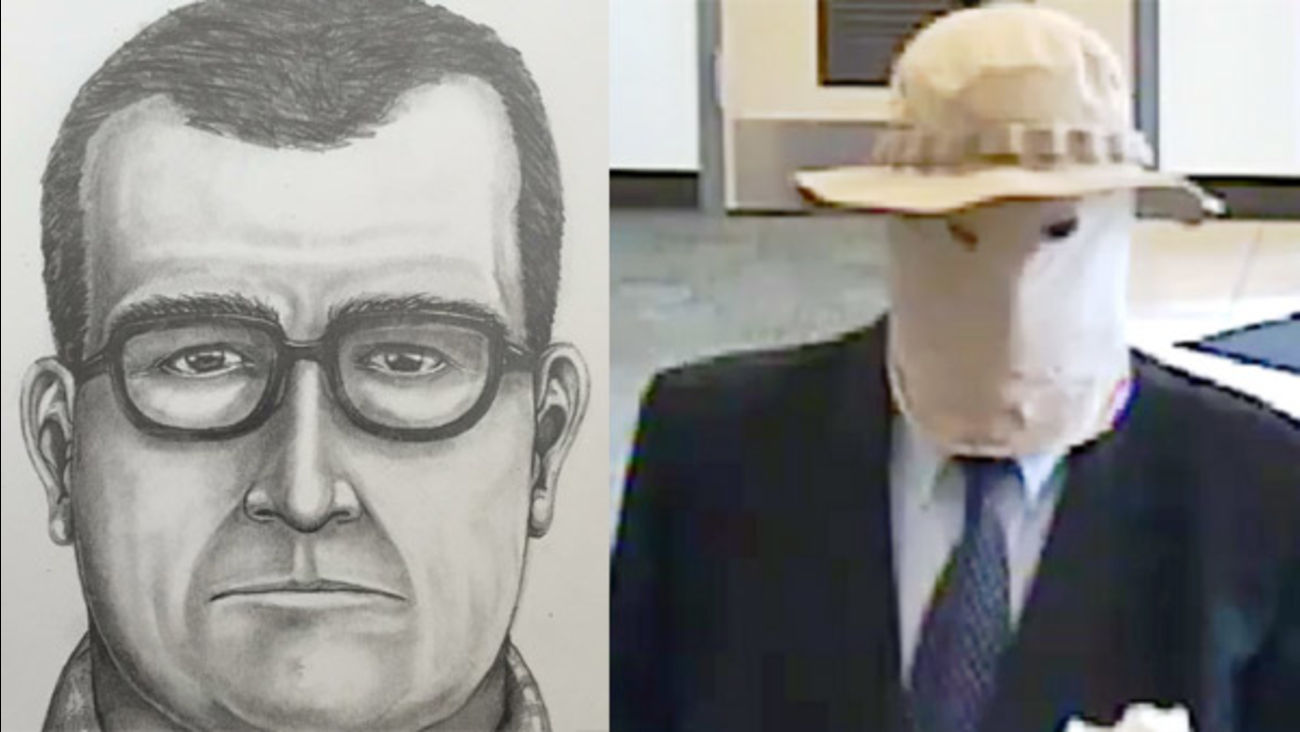 NORTH WALES, Pa. (WPVI) -- The FBI is looking for the man suspected of robbing 11 banks in Bucks and Montgomery counties since 2012.

Dubbed "The Straw Hat Bandit," investigators believe he has gotten away with at least $100,000 combined, and they are very anxious to catch him before he strikes again.

The FBI is looking for the man suspected of robbing 11 banks in Bucks and Montgomery counties since 2012.

He is believed to be responsible for the following robberies:

It's believed that since the robberies occurred in the same general area, it's quite possible he lives somewhere in the northern section of the Delaware Valley.

"Given his clean-cut appearance, we feel our suspect is hiding in plain site. He could live in your neighborhood," said Assistant Special Agent Christian Zajac

According to the FBI, the man has brandished a semi-automatic handgun and verbally demanded money from tellers.

"Fortunately, during the 11 robberies, no shots have been fired. However, we feel it is only a matter of time before somebody gets hurt," said Zajac.

He is believed to have used a 1998-2007 white Chevy Silverado or GMC Sierra base model pickup truck with a cap over the bed.

He may also have had access to a team BMW sedan or a dark-colored Volvo sedan.

The suspect is described as a white man in his 40's or older, standing about six feet tall and weighing more than 200 pounds.

He has concealed his face for all the robberies, the FBI said, using a mask, pillowcase, or bandana. He's also worn a variety of hats, including a large straw hat, dark-colored bucket hat, and black baseball cap with unknown white writing. He favors suit coats over shirt and tie, hooded sweatshirts, and lightweight jackets.