Independence Mall was packed by a throng of tens of thousands, many who showed up hours before the event. 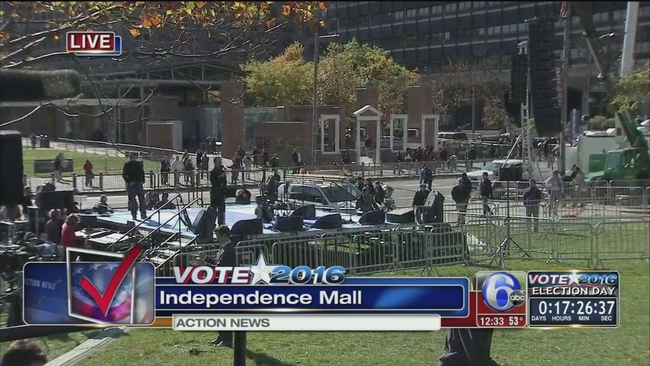