Oklahoma student in racist chat was offered Penn admission in May 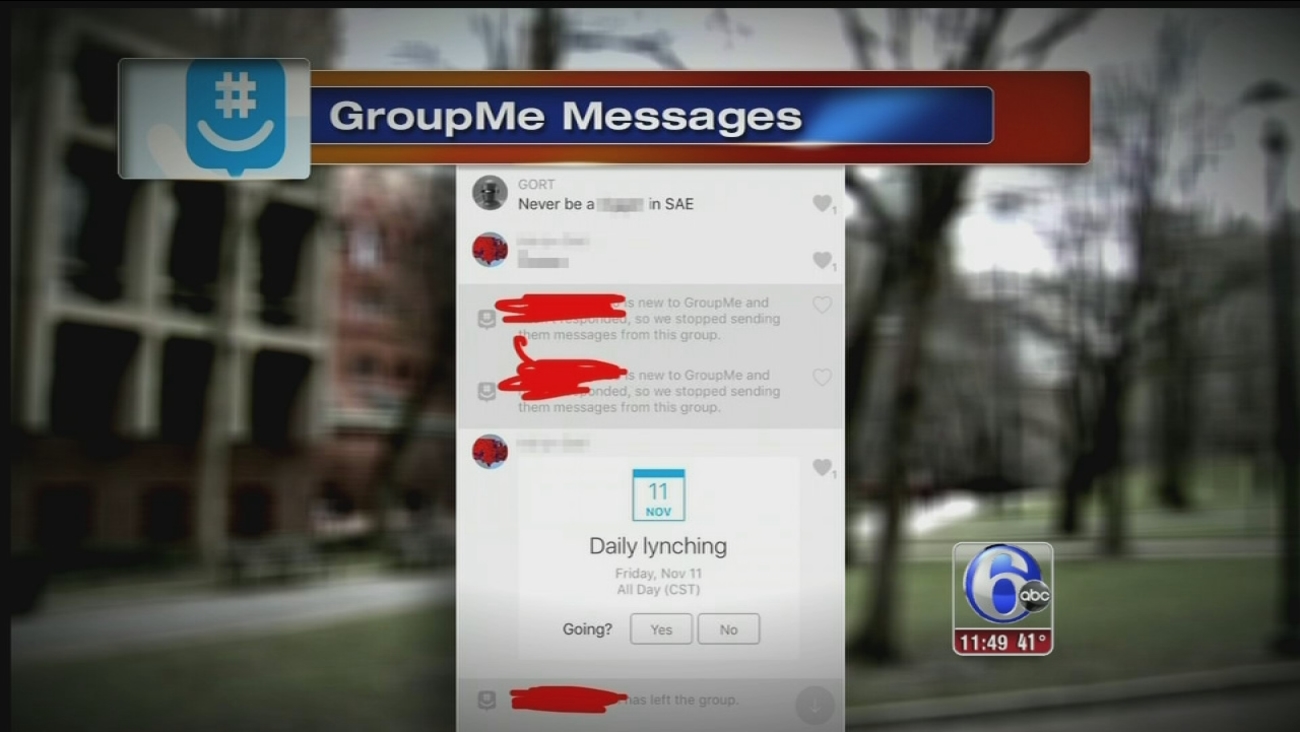 PHILADELPHIA (WPVI) -- A University of Oklahoma student who was involved in a racist incident at the University of Pennsylvania had been recently offered admission to Penn, school officials announced Tuesday night.

In a statement, Penn officials say the student had accepted the offer in May, but chose, ultimately, not to attend.

Because he accepted Penn's admission offer, "he was invited to join and access the private Facebook group created for the Class of 2020, which is a common practice among many colleges and universities."

Penn officials say using the group, he was able to obtain contact information of some black first-year students who had shared their information with the Facebook group.

"He added those individual students to the racist GroupMe message thread without their permission or knowledge," the statement says.

Penn officials say they are working to prevent this type of access in the future.

Penn Police are continuing to work with the FBI and their counterparts in Oklahoma to bring the investigation to completion.
The University of Oklahoma says the student identified as being involved in the incident is no longer enrolled at that university.

"We continue to support all affected students and underscore our outrage at such reprehensible behavior, whether it originates within or outside our campus. We must unite as a community to heal, reach out, support and understand one another in such challenging times," Penn's statement says. 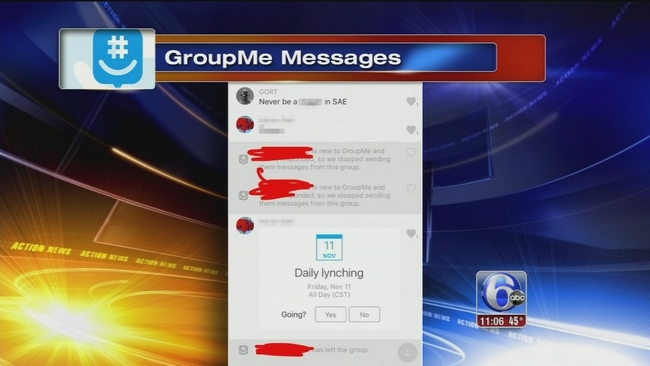