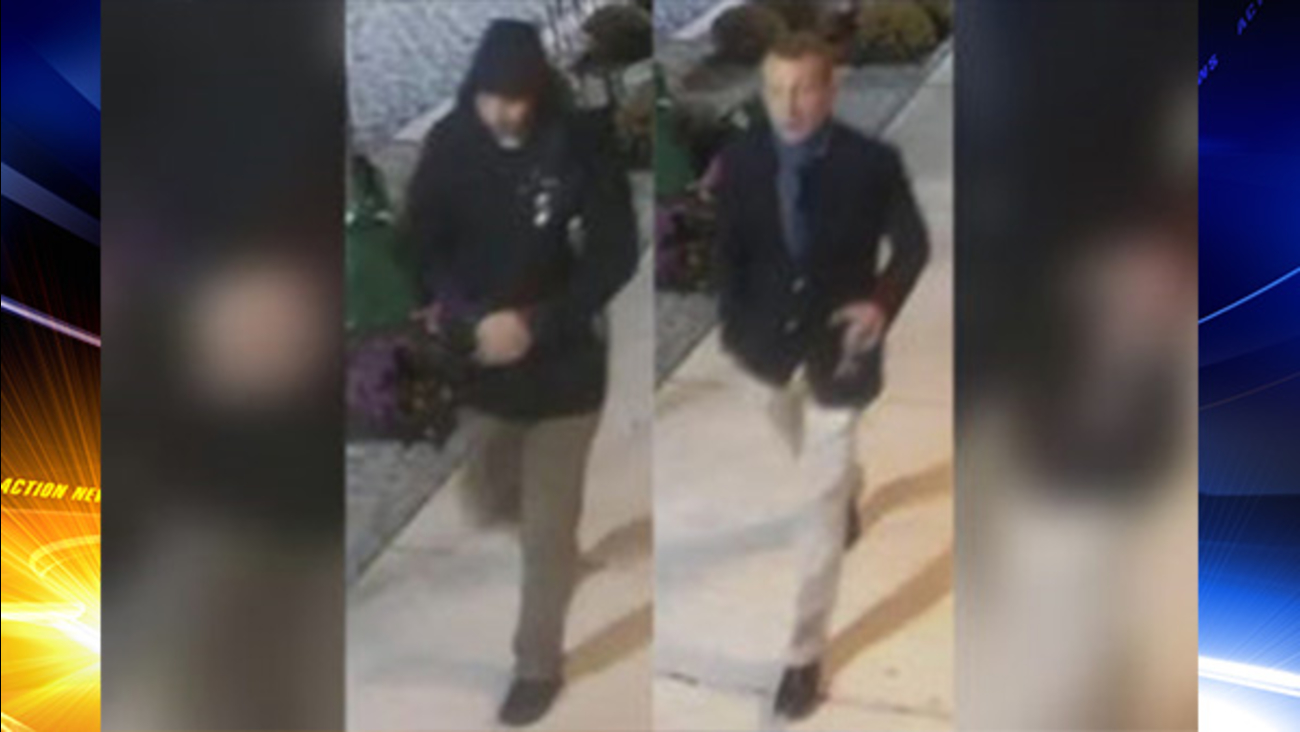 It happened around 12:10 a.m. Friday at the Fresh Market on the 8200 of block of Germantown Avenue.

The suspects are captured on surveillance video approaching the store property.

One of the suspects is then seen spray painting the building with an anti-Trump sentiment, and the other appears to take pictures of the act.

Both suspects then left the area on foot, and out of the view of the cameras.

The damage is estimated at $3000 and $10,000 due to the composition of the stone used during the construction of the facade.

If you have any information about the crime or suspects, please contact the Northwest Detective Division at 215-686-3353/3354.
Related topics:
northwest philadelphiaphilly newsrobberyvandalism
Copyright © 2021 WPVI-TV. All Rights Reserved.
More Videos
From CNN Newsource affiliates
TOP STORIES