Official: Charles Manson alive amid reports he was hospitalized 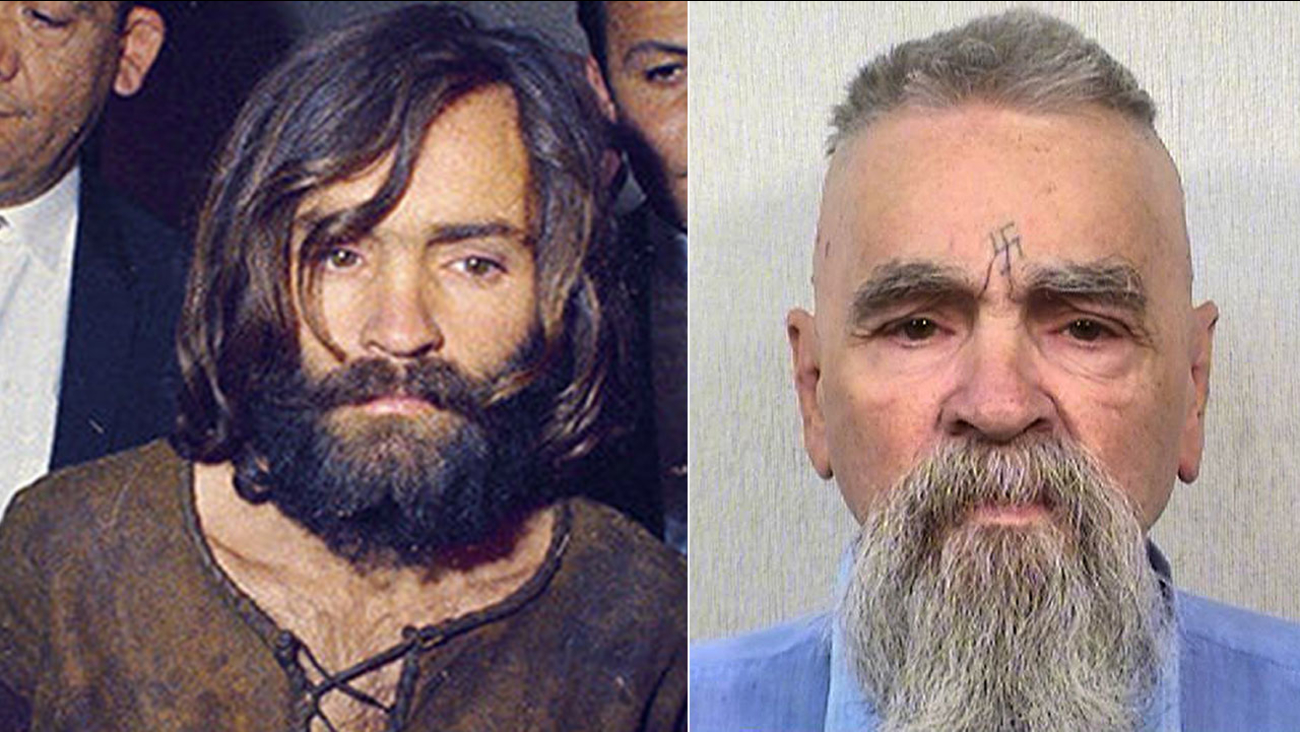 Charles Manson, escorted by police in Los Angeles on Dec. 22 1969 (left) and in an Oct. 8, 2014 prison photo. (AP Photos/California Department of Corrections)

TMZ reported Tuesday that Manson was taken to a hospital in Bakersfield, about 60 miles south of the California prison where he has been incarcerated.

California Department of Corrections and Rehabilitation spokeswoman Terry Thornton declined to say whether the leader of the notorious Manson family has been hospitalized.

Thornton said Manson, 82, is still assigned to the prison in Corcoran, but she declined to say whether he's there, citing safety and security protocols.

Manson was convicted of orchestrating the 1969 murders of pregnant actress Sharon Tate and six others.

Sarah Ardalani of the Los Angeles County district attorney's office said in an email that the agency had no information on Manson. The office prosecuted Manson and has objected to his release. He was most recently up for parole in 2012 - his 12th bid for freedom.

"In general, inmates are sent to outside hospitals if they need surgical services, emergency care, or diagnostic services of an acute nature," said Joyce Hayhoe, a spokeswoman for the federal receiver who controls prison medical care. "These services are not provided in state prison facilities."

In November, the state inspector general, which monitors the corrections system, characterized care at Corcoran as "inadequate."

Manson was convicted of leading a cult in which disaffected young people living in a commune followed his orders and were ultimately turned into killers.

Manson and three female followers, Susan Atkins, Patricia Krenwinkle and Leslie Van Houten, were convicted of murder and sentenced to death for killings at two gruesome scenes in the summer of 1969. Another defendant, Charles "Tex" Watson, was convicted later.