WILMINGTON, Del. (WPVI) -- A 22-year-old man and a teenage boy are behind bars, charged in the murder of a Wilmington store owner.

Devonte Dorsett, 22, of Wilmington is charged along with a 14-year-old boy with first-degree murder, first-degree robbery and other offenses.

Wilmington police say the man and boy worked together to rob The Lancaster Market in the 100 block of North Clayton Street on Monday.

During the robbery the store owner, 64-year-old Santanu Muhuri, was shot in the head and died a short time later at Christiana Hospital.

Both suspects were taken into custody after police received tips from the community.

Action News is not identifying him until his case is formally referred to Superior Court by a Family Court judge.

Dorsette is being held at the Howard Young Correctional Facility in lieu of $2.2 million cash bail. 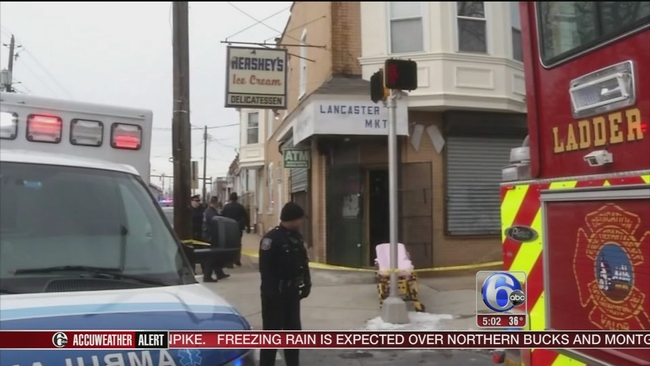