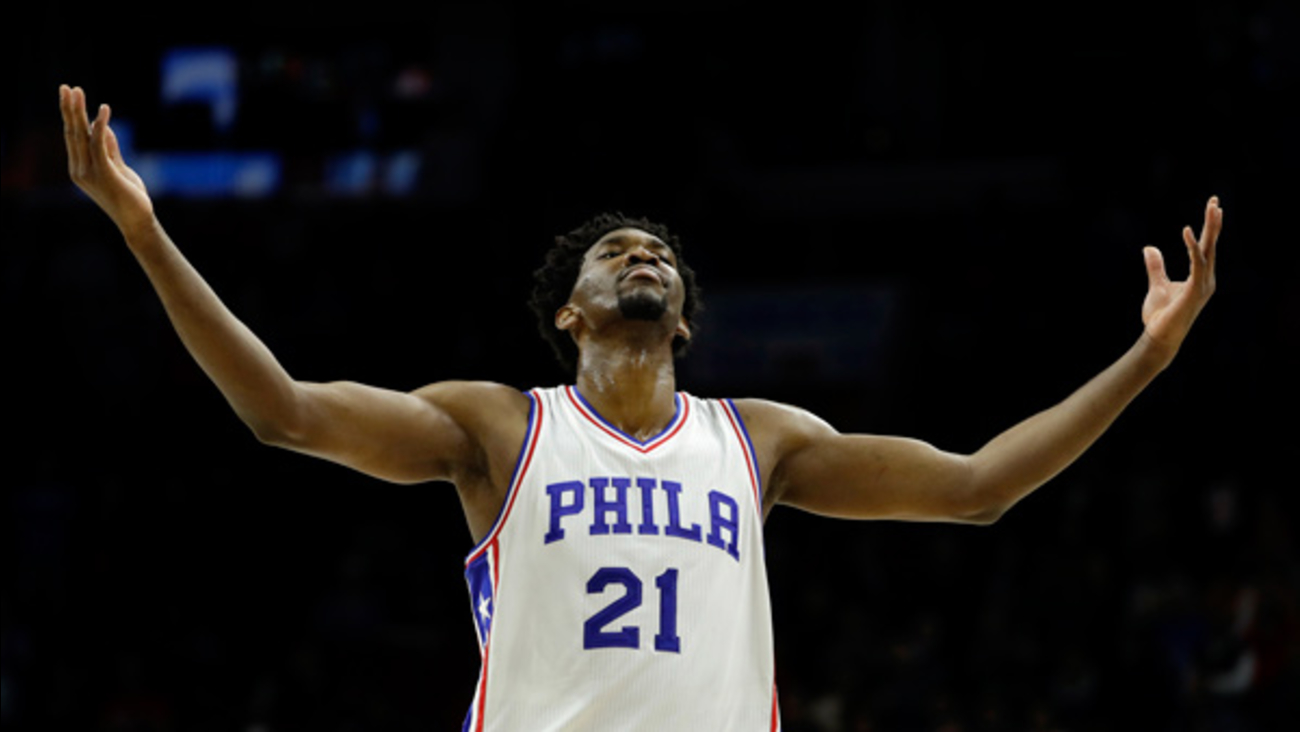 Philadelphia 76ers rookie center Joel Embiid is on an all-out social campaign to get voted into his first All-Star Game.

On Tuesday, he reached out to former Sixers general manager and president Sam Hinkie on Twitter to garner his All Star vote, and now it appears he's taking it a step further by showing off his bodacious dance moves to fans.

After the Sixers' 98-97 comeback win against the New York Knicks on Wednesday night, Embiid started dancing with the Sixers cheerleaders.

The Sixers are all aboard Embiid's All-Star campaign too. According to ESPN's Darren Rovell, the team sent Shirley Temple -- Embiid's favorite drink -- ingredients to media members in a funny attempt to earn their All-Star votes as well.

While Embiid's dance moves are certainly all-star worthy, his stats don't lag far behind either. The 22-year-old rookie is averaging 19.4 points per game and has scored 20 or more points in seven straight games.

What will Embiid do next? That's the All-Star question.