EASTON, Pa. (WPVI) -- A man accused of having scared a woman so much during a Northampton County home-invasion robbery that she had a heart attack that night and died two months later has been convicted of second-degree murder.

Jurors deliberated for about six hours before convicting 29-year-old Quadir Taylor on most charges Friday night. The panel also convicted the Easton man of robbery, burglary, criminal conspiracy and related offenses, but acquitted him of aggravated assault and possessing an instrument of crime.

Taylor acknowledged having helped others rob 76-year-old Carrie Smith in her Wilson home in January 2012, but he disputed a forensic pathologist's conclusion that the heart attack caused her eventual death. 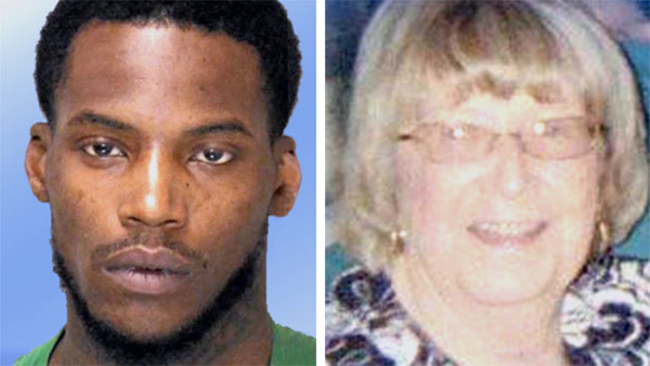