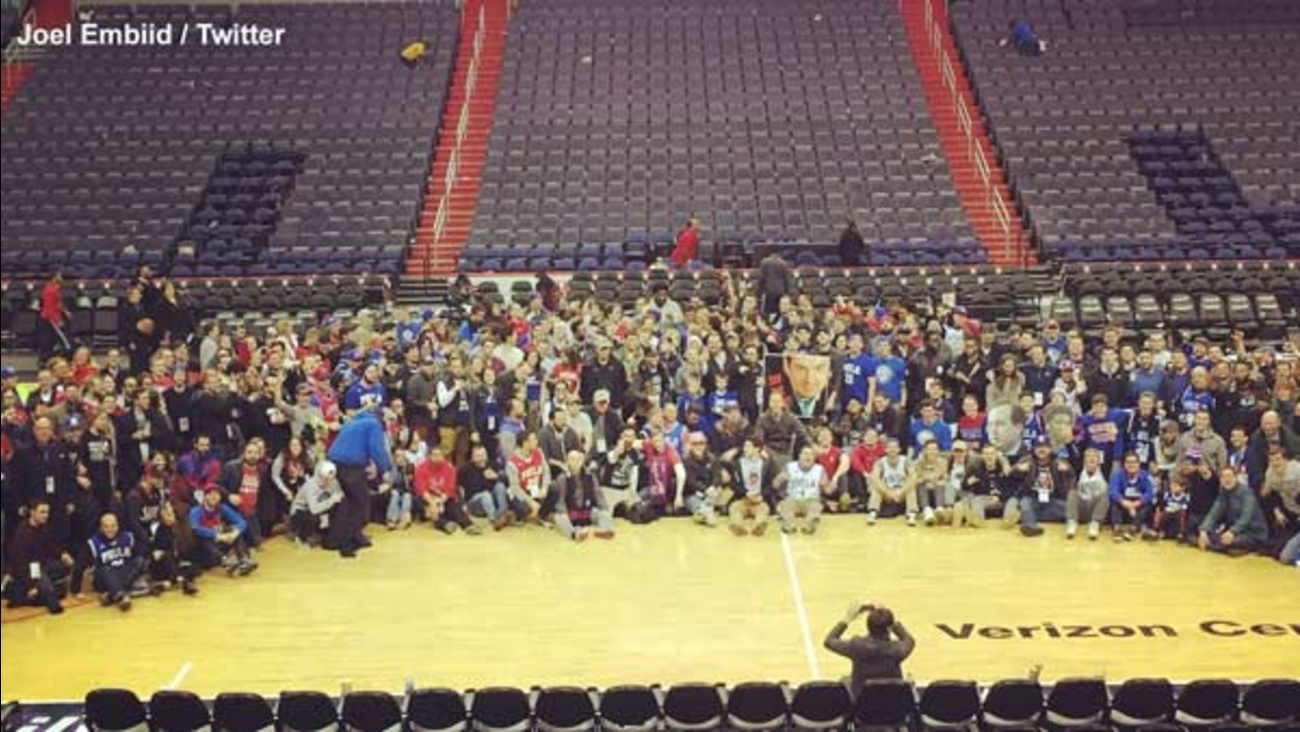 The Process phenomenon invaded D.C. on Saturday evening, as 350 Philadelphia 76ers fans -- promoting the hashtag #BusTheProcess --bussed to the Verizon Centerto support rookie center Joel Embiid and the Sixers against the Washington Wizards.

The Best fans in the world... Travelled all the way to DC to support us.. We really appreciate it #TheProcess #BusTheProcess pic.twitter.com/I8DfTnbkMA

Unfortunately, Embiid sat out the matchup because he's still restricted from playing in both games of a back-to-back set. But to make up for his absence, he met up with the fans after the game and took a photo with them on the Wizards' floor.

According to CSN Philly's broadcast, 76ers head coach Brett Brown helped pay for part of the trip, which was put together by The Rights To Ricky Sanchez podcast.

Sixers fans, who have chanted "Trust the Process" several times this season, broke out a different chant against the Wizards: "first-round knockout."

The Wizards defeated the 76ers 109-93, but that appears to be of secondary concern to Sixers fans as Embiid continues to inspire new life in their fan base.