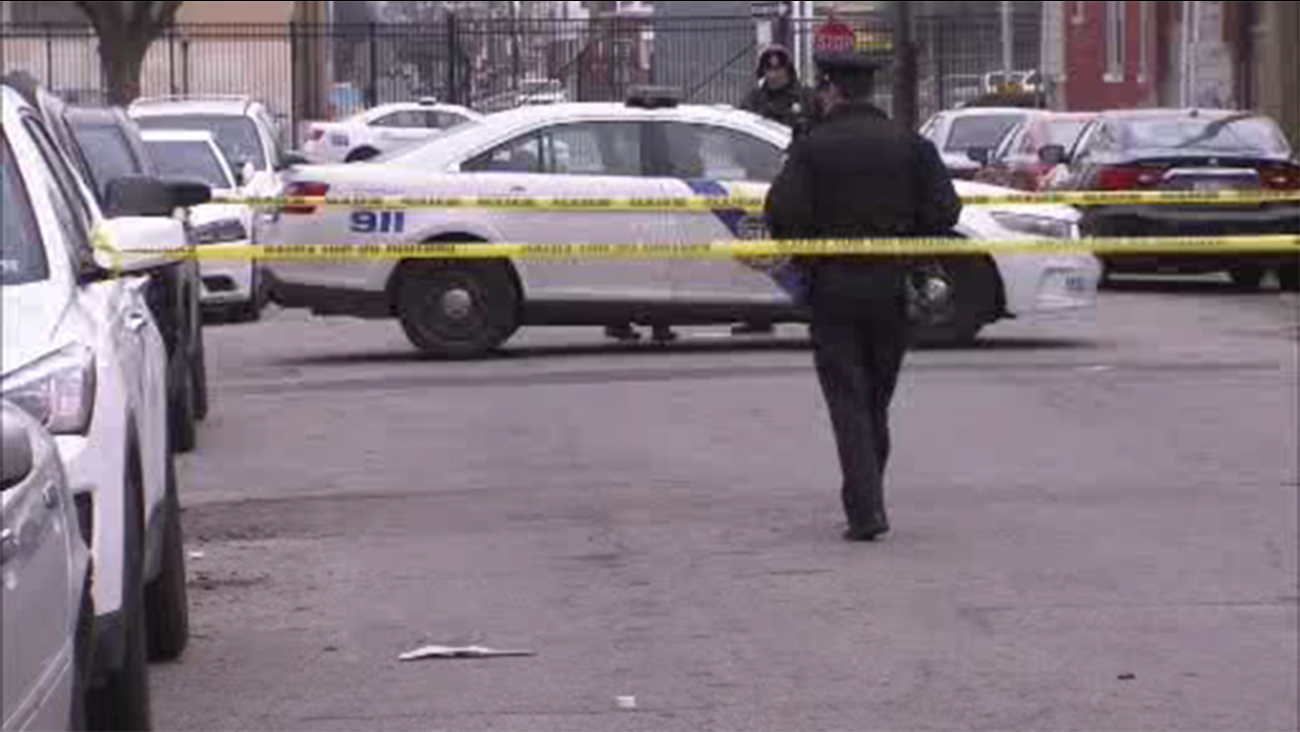 Police are looking for the hit-and-run driver they say struck a man and woman in West Philadelphia.

WEST PHILADELPHIA (WPVI) -- A man and woman are hospitalized after being struck by a hit-and-run driver in West Philadelphia.

It happened Friday in the 5900 block of Locust Street.

Around 3:30 p.m., police responded to a report of multiple pedestrians down on the street.

Responding officers found a man bleeding profusely on the street and a woman leaning against a car.

The 27-year-old man appeared to have suffered the more severe injuries.

He was rushed to Penn Presbyterian Medical Center for treatment to his head, shoulder and hands.

The woman, 52, suffered injuries to her left shoulder and right leg.

She was also taken to Penn Presbyterian for care.

Both victims are listed in stable condition.

A third person was struck, but did not require hospitalization.

Police say the ordeal began with a group of adults arguing and fighting at 60th and Spruce streets.

One of the involved parties is believed to have called someone nearby, who arrived a short time later, running down the trio.

After striking the group, the driver, believed to be driving a gray or silver Chevy Impala, fled the scene.