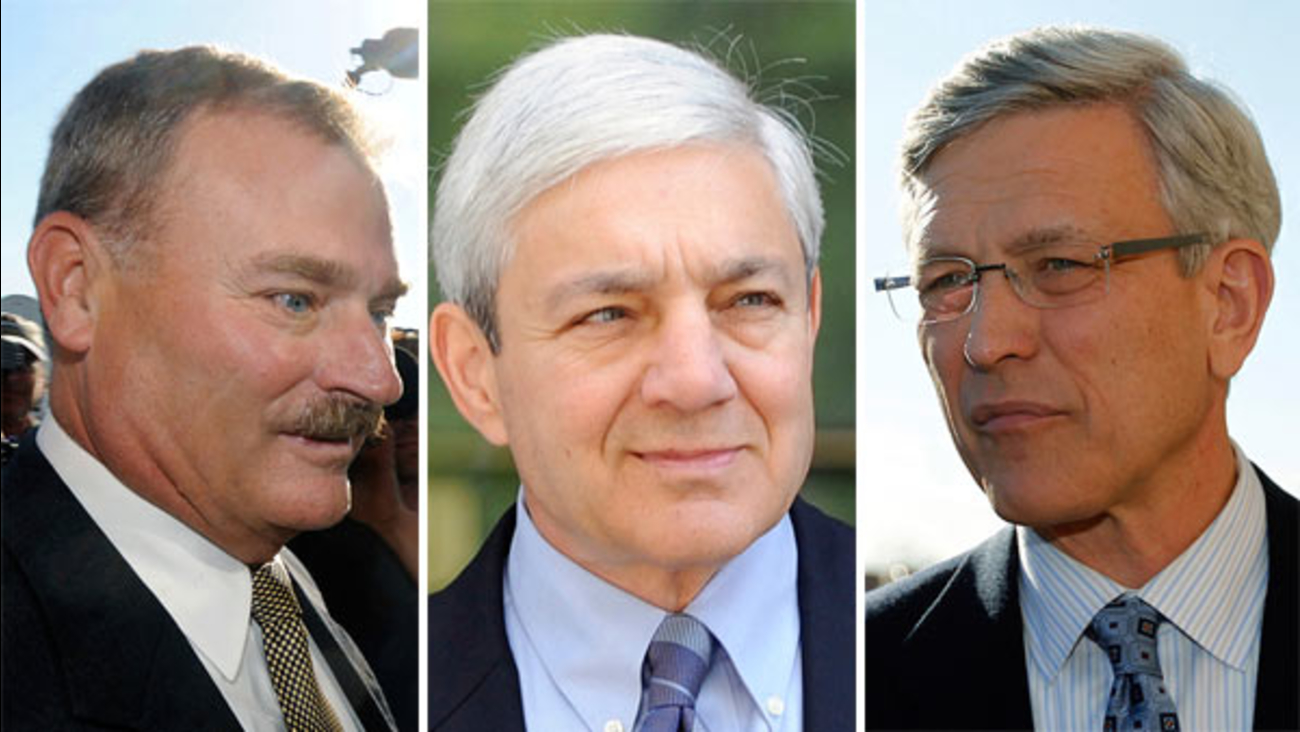 STATE COLLEGE, Pa. (WPVI) -- Three former Penn State administrators facing child endangerment charges for their handling of the Jerry Sandusky molestation scandal have asked a judge for permission to pursue an appeal, barely a month before their scheduled trial.

The defendants made several arguments, including too much time has elapsed under the statute of limitations; they did not provide direct care for children; they are accused of actions that occurred before the law was changed; and prosecutors should not be allowed to add a conspiracy charge.

Spanier's lawyers wrote that an immediate appeal to Superior Court could result in dismissal of all charges, which would make a trial unnecessary. The trial is scheduled to begin with jury selection on March 20.

"A ruling on these controlling questions of law would not require the resolution of any disputed factual issues," they told Judge John Boccabella. "Thus, these issues are particularly appropriate for resolution by the Superior Court prior to trial."

On Feb. 1, Boccabella threw out charges of failing to properly report suspected abuse, but the judge denied requests to have other charges dismissed. His order also did not directly address a request by state prosecutors to add a conspiracy charge related to the child welfare accusation.

Superior Court last year threw out charges of perjury, obstruction and conspiracy against the defendants.

Schultz's lawyer said in his filing that it was not clear whether prosecutors consider the child-endangerment conspiracy charge to be part of the case or whether they can add it.

"In either case, at a minimum, there is substantial ground for difference of opinion as to whether Mr. Schultz can be subjected to trial on a conspiracy charge following the appellate court's dismissal of that charge," wrote attorney Tom Farrell.

The attorney general's office said it was reviewing the defense filings, and defense lawyers for the three men declined to comment further.

Curley, Schultz and Spanier fielded a complaint in 2001 by a graduate assistant who says he saw then-retired defensive football coach Sandusky sexually abusing a boy in a team shower. They did not report the matter to police or child welfare authorities, but told Sandusky he was not allowed to bring children to the campus and notified his charity for children, The Second Mile.

Schultz and Curley were arrested in 2011, Spanier in 2012. Their case has dragged on for years because of a dispute about their representation during a grand jury appearance by Penn State's then-chief counsel Cynthia Baldwin. That legal fight prompted the Superior Court decision that threw out many of the more serious charges.