76ers: Joel Embiid out for rest of the season 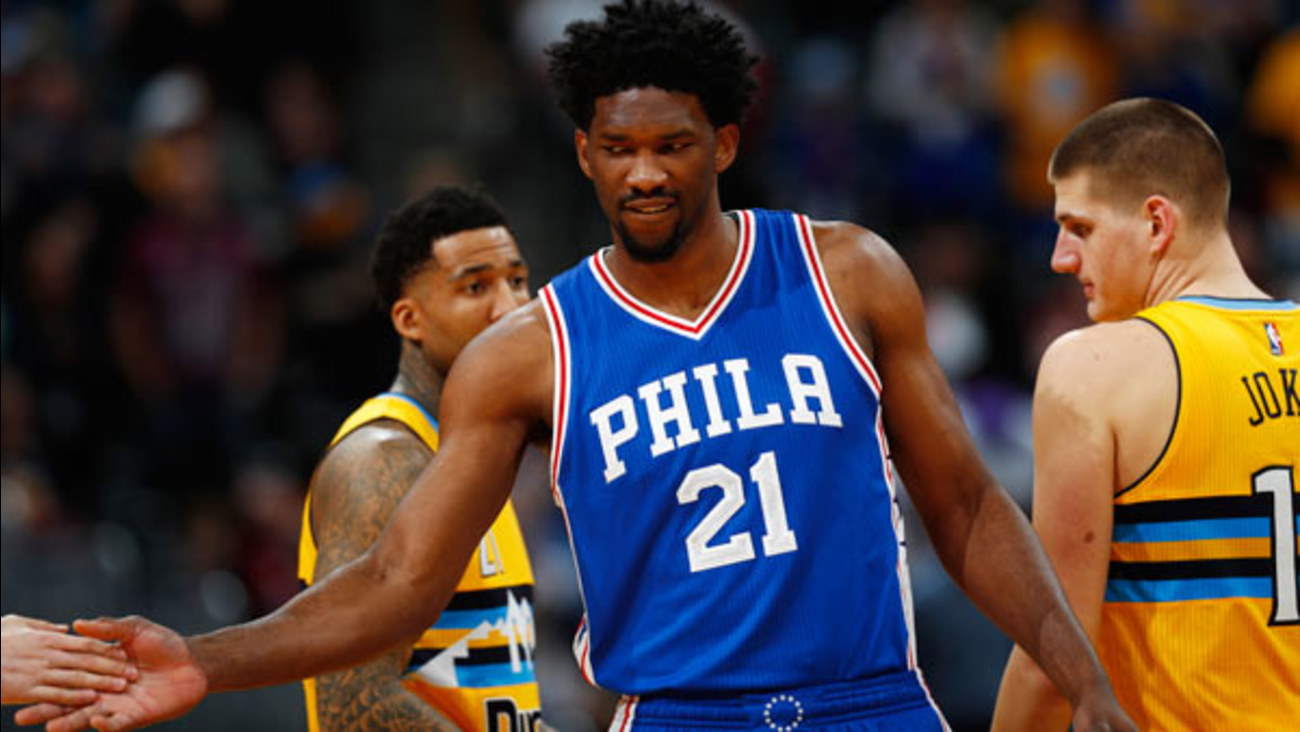 Philadelphia center Joel Embiid's season is over because of left knee problems, including a torn meniscus that is worse than the team first thought.

The 76ers made the announcement Wednesday, hours before the team's game against the Miami Heat. Embiid missed his first two NBA seasons with right foot issues, then finally made his debut this season and appeared in 31 games with the 76ers.

He hadn't played since Jan. 27, and the 76ers had said in recent days that he could be back as early as this week. But an MRI performed on Monday showed the meniscus problem was apparently worse than first thought, and the 76ers made the decision to end his season.

"The area affected by the bone bruise has improved significantly, while the previously identified meniscus tear appears more pronounced in this most recent scan," said Sixers Chief Medical Director Jonathan Glashow. "We will continue to work with leading specialists to gather additional information through clinical examination and sequential testing to determine the best course of action and next steps."

I think we all saw this coming. The @Sixers say they will talk to specialists to "determine the best course of action". Embiid OUT for year pic.twitter.com/2mfO665Yax

Embiid averaged 20.2 points and 7.8 rebounds this season, and even though this was his third year since getting drafted he was considered as a strong rookie of the year candidate.

The No. 3 overall pick in the 2014 draft still could win the award, given how dominant he looked at times this season.

The 76ers were cautious with Embiid, never playing him more than 30 minutes in a game - yet he still had a penchant for big numbers. He scored at least 20 points in 19 of his 31 appearances, had nine double-doubles, blocked at least three shots 12 times and even was a 37 percent shooter from 3-point range.

And now, another setback.