WPVI
GLENSIDE, Pa. (WPVI) -- A two-alarm fire that broke out at a country club in Montgomery County is not being deemed suspicious, the fire marshal said.

Crews were called around 6:30 a.m. Sunday to the LuLu Country Club on the 1600 block of Limekiln Pike in Glenside for reports of smoke coming from the basement. 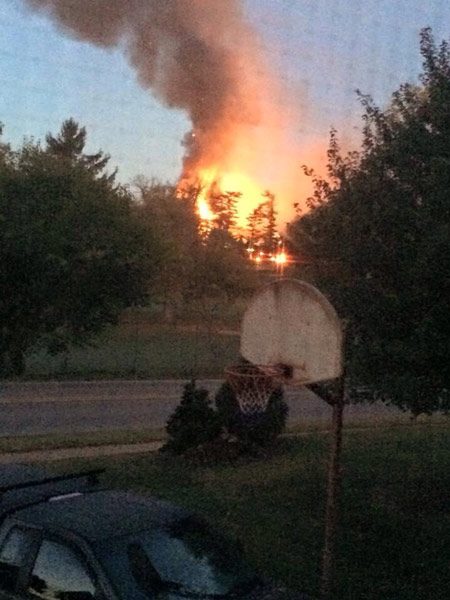 "It's a heavy timber roof and a large open attic space so once we arrived the fire had already gotten into the attic space so it's very difficult at that point," said Chief Eric Clauson with the Fort Washington Fire Company.

More than 100 firefighters responded to the scene.

"Some of those hydrants are 2000, 2500 feet away so we needed extra companies to come assist us with getting those water supplies established," said Clauson.

Officials said the fire appears to have started in a locker room, but the investigation is ongoing.

@6abc Smoke from Lulu seen from my backyard. pic.twitter.com/KRrWAHxQq3

Heartbroken members watched the building fall to pieces, many were on site to take in the second day of a golf tournament.

"It meant everything, it was my tree house, it's where I came to relax," said David Cagnetti, a club member. "I'm retired so I come here to play cards, eat, play golf." 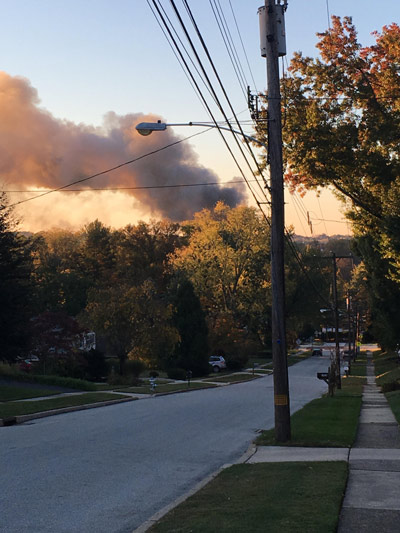 "I think we're all trying to absorb what's happening here, and speculate as to what happened exactly, but that's what were here to find out this morning and go on from there," said former president Paul Muller.

Initial reports stated a person had been hospitalized, but Action News is now being told no one was hurt.