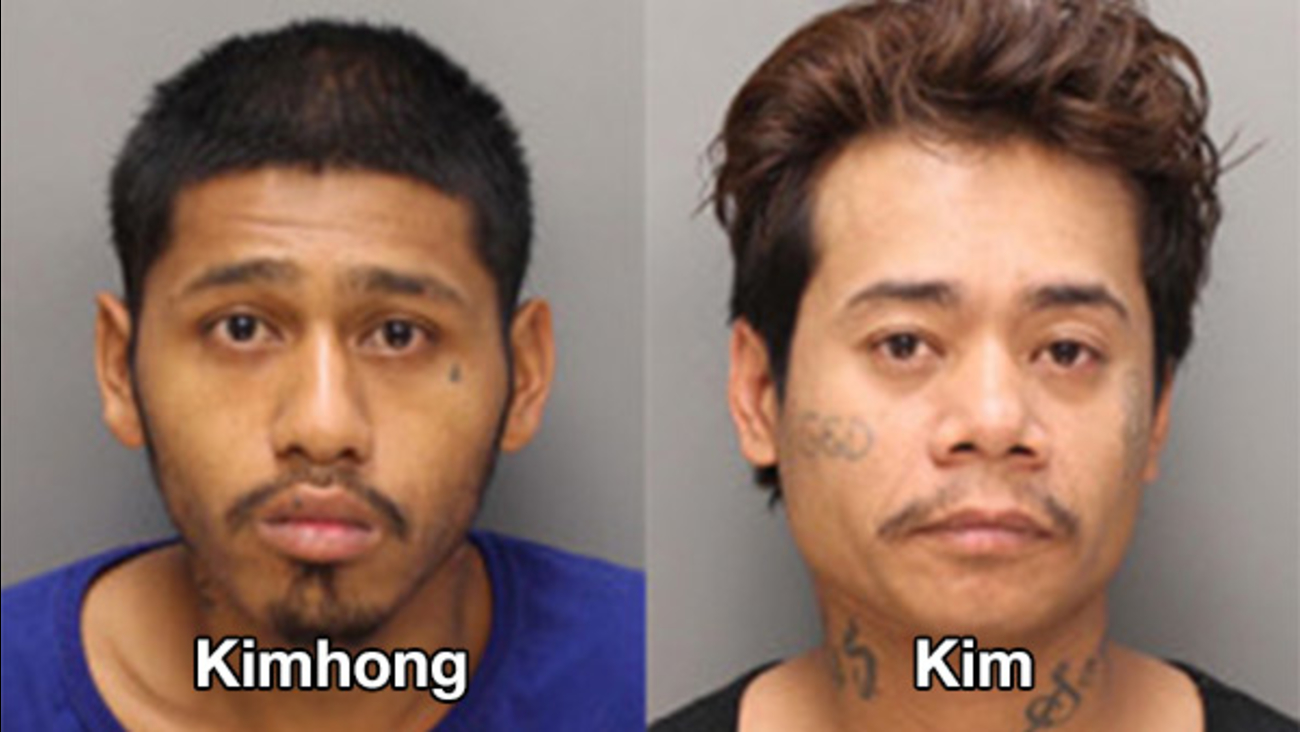 PHILADELPHIA (WPVI) -- Two men have been arrested and charged for a string of restaurant burglaries in Philadelphia.

Investigators say Tony Kimhong, 24, of the 2300 block of South 6th Street and Chhoeuth Kim, 31, of the 700 block of Jackson Street, broke into Bridget Foy's on South Street on July 16th.

They're also accused of a burglary at Saloon on South 7th Street on July 23rd.

Both men are charged with multiple counts of burglary and related offenses.

Kimhong is also charged with breaking into eleven other businesses, including several on Passyunk Avenue.