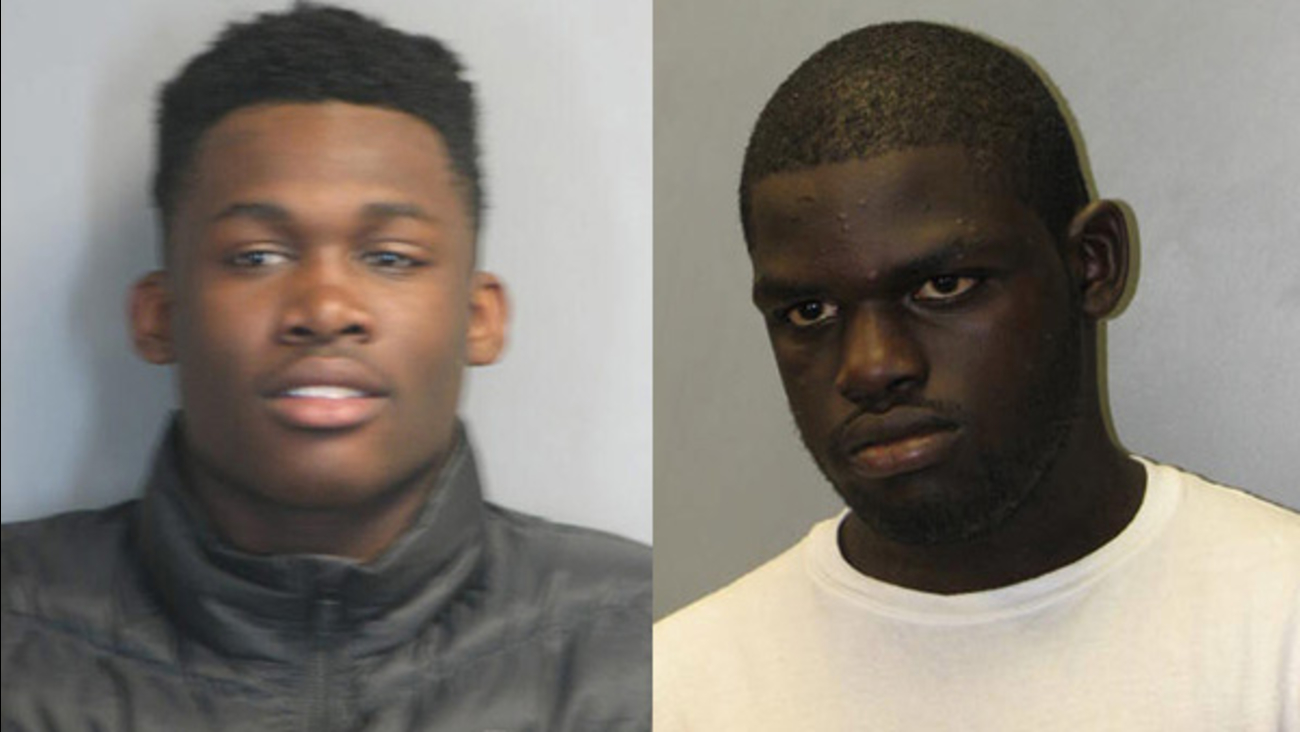 HARRINGTON, Del. (WPVI) -- Police have arrested two people in connection to a shooting at a birthday party in Harrington, Delaware that injured six people.

19-year-old Elijah Desir Elijah Desir of Seaford was charged with 6 counts of Assault 1st Degree and one count of Possession of a Firearm during the commission of a felony.

17-year-old Laquan Johnson of Harrington has been charged with Possess, Purchase, Own or Control a Firearm by a person prohibited, Possession of a firearm during the commission of a felony, Reckless Endangering First Degree and Inciting a Riot.

When police arrived, they encountered 200 to 300 people who were attending a birthday party at the home.

Johnson was arrested on Tuesday. Elijah turned himself into authorities on Thursday.