3 arrests in videotaped attack on mentally challenged man in Delaware 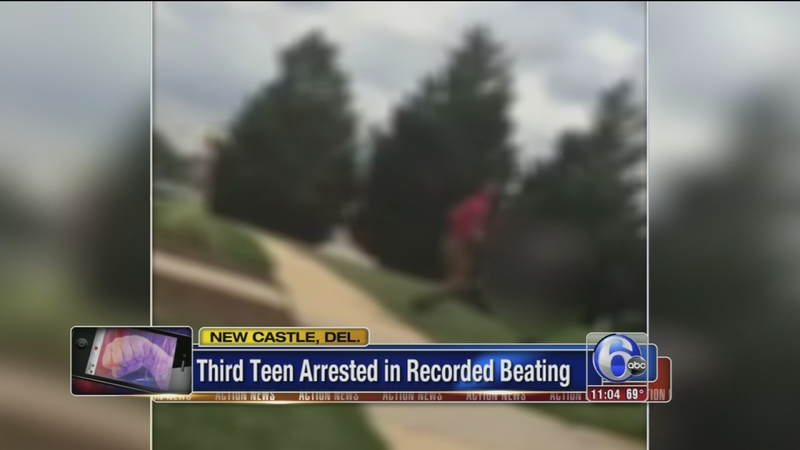 NEWARK, Del. (WPVI) -- Three teenage boys have been arrested in connection to a videotaped attack on a mentally challenged man in New Castle County, Delaware.

Two boys, ages 13 and 14, were taken into custody on Saturday.

The arrests came after their parents went to police complaining about harassing phone calls the teens were getting.

Instead, investigators turned the tables and took the pair into custody.

They were released to the custody of their parents on $2,500 bond.

Another 14-year-old boy was arrested on Monday night.

Action News reported David Henry encountered one of the suspects at police headquarters. When asked if he had anything to say about the incident, the teen said to his mother, "Am I going to have to beat him too?"

An apparent admission of guilt from one of the alleged perpetrators.

The video, which went viral after it was posted on social media, shows a 26-year-old Newark, Delaware man being beaten by several teenagers. 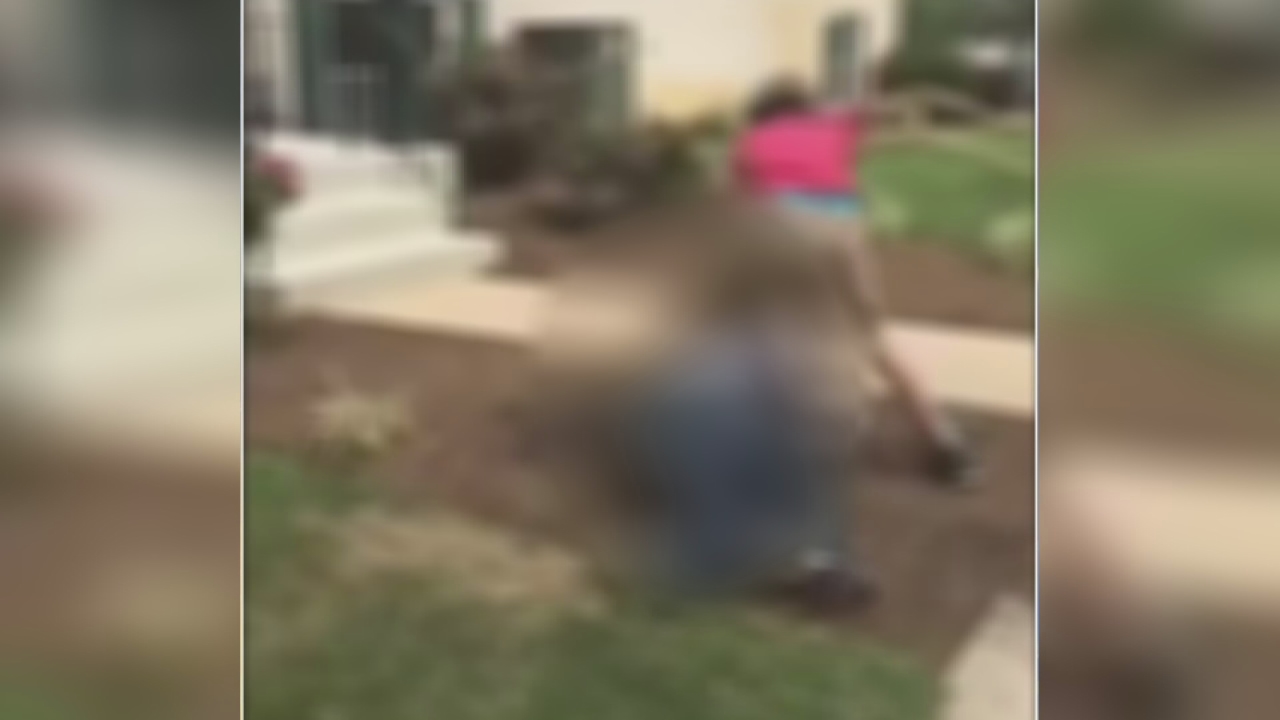 
Yana, who didn't want to give her last name, is the victim's mother. She described what went through her mind when she first saw the video.

"Rage, anger - because of the situation, with him being mentally disabled, he doesn't do anything to anyone but be kind," she said.

She could barely watch the video as a teenage boy body slammed her defenseless son, Karon, and punched him in the face - all as others watched.

Perhaps worse, there are other videos posted online showing other attacks on Karon, possibly by the same suspects.

Yana says Karon is living with Williams Syndrome and has the mental capacity of a second grader.

It's believed that one of the taped beatings happened sometime within the past week inside Harbor Club Apartments.

"I was so mad, but at the same time, the first thing I thought was, 'I have to do something about this,'" said Marrero.

Armed only with her iPhone, Angeliz re-posted the attacks Saturday using #TheBullyProject.

"It spread so fast and I'm just so grateful for everybody that's helping me out because if it weren't for everybody helping, supporting and everything, this wouldn't even go viral and that man really deserves justice," said Angeliz.

As for the victim, Karon's mother took him to AI DuPont Hospital for questioning in a medical setting to learn exactly when the incidents happened.

What does she want to happen from here?

"Just make people more aware that we need to be humane to one another," said Yana.