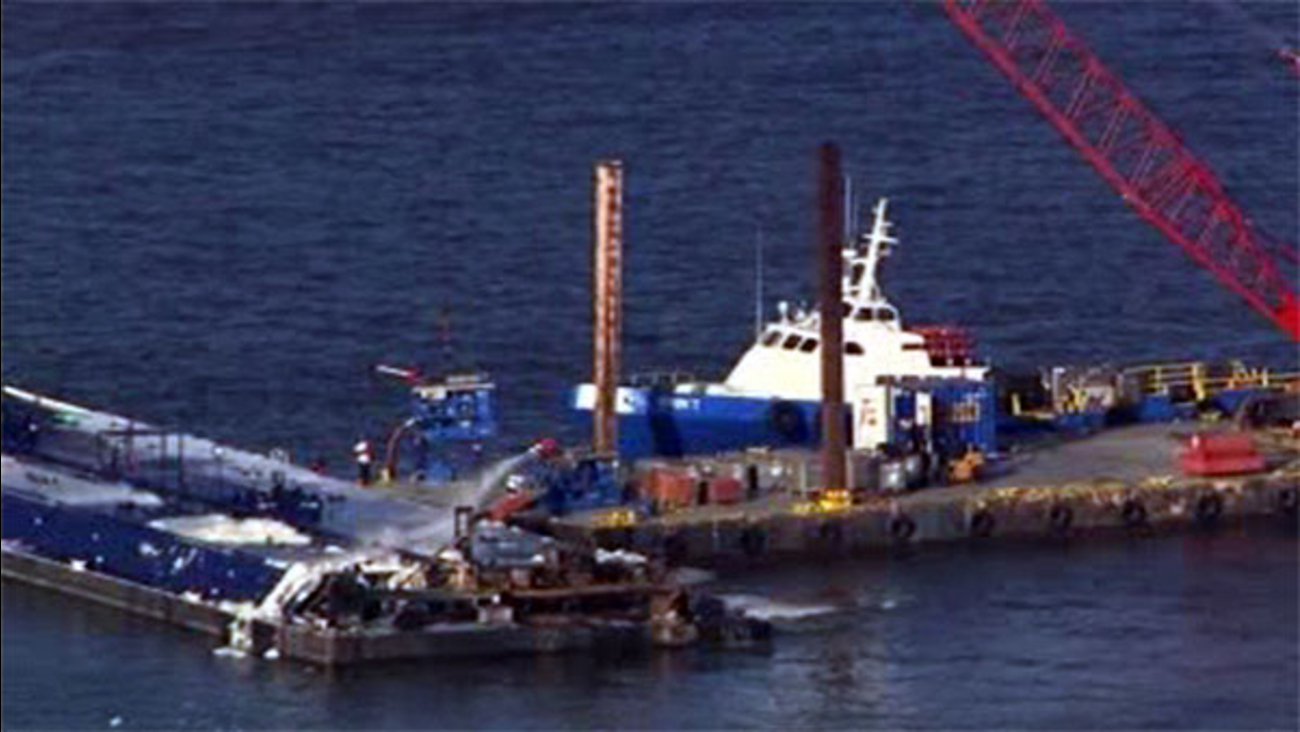 GALVESTON, Tex. -- Emergency personnel have extinguished a fire aboard a barge carrying petroleum after the vessel collided with another barge near the entrance to the Houston Ship Channel.

U.S. Coast Guard Petty Officer Andrew Kendrick says some nearby ship traffic was suspended but that traffic along the Houston Ship Channel was not affected.

He says two tugboats were pushing the barges early Monday morning near the Bolivar Peninsula when one of the tugboats lost power. The barge it was pushing then collided with the second barge.

A fire erupted on the barge carrying naphtha. Crews extinguished the flames about four hours later and Kendrick says it wasn't immediately clear whether the petroleum leaked into the water.

The Galveston/Bolivar ferry service was not disrupted.