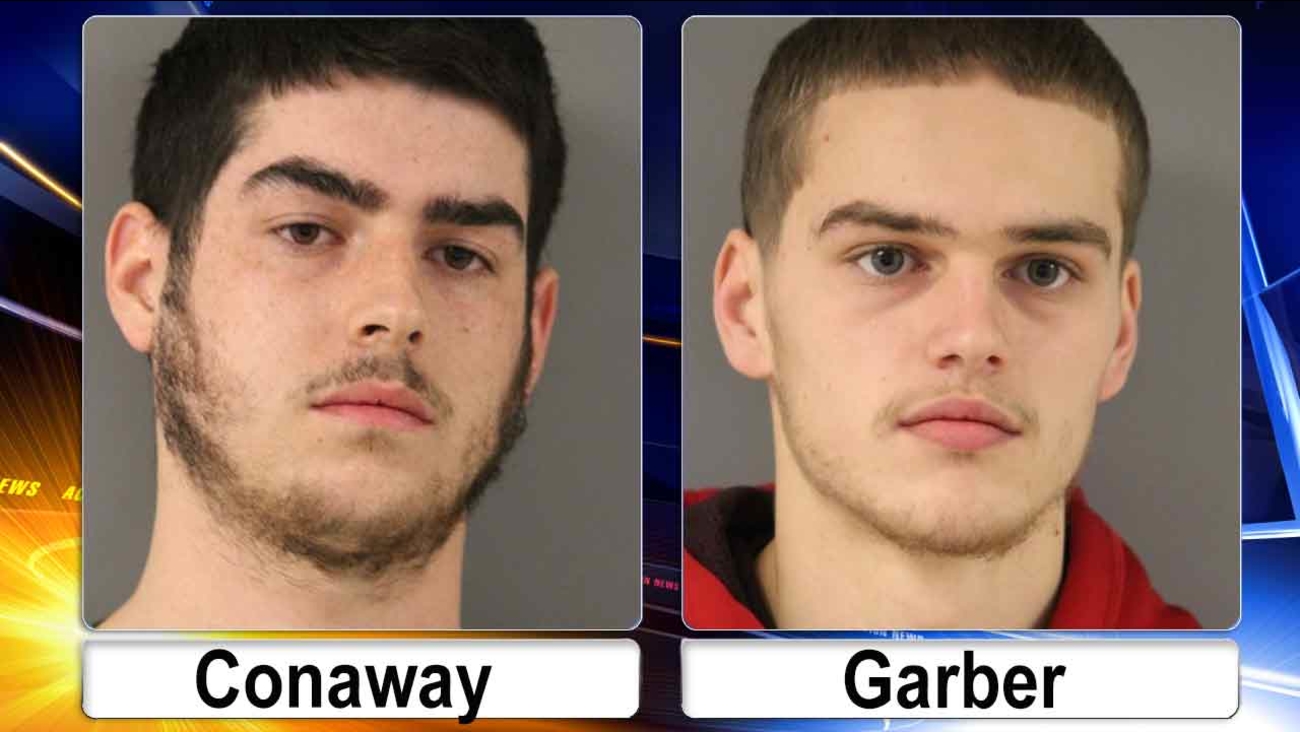 TOWNSEND, Del. (WPVI) -- Two Delaware men are behind bars, charged with drug and other offenses.

Authorities say complaints by residents brought troopers to a home in the 100 block of Main Street in Townsend.

Police witnessed what they say appeared to be a drug deal outside the home, then followed Conaway, who was driving a white Chevy Malibu, and arrested him a short time later for possession of marijuana, driving without a license and other offenses.

Troopers then returned to the home and arrested Garber after gaining entry and finding marijuana products on the premises.