2 dead after riding mower hit by SUV in Delaware

Police say at approximately 1:48 p.m. Tuesday a Jeep Grand Cherokee was traveling northbound on North DuPont Highway in the center lane in Wilmington Manor. The Jeep entered the left lane, striking a 2008 Infiniti SUV, and then returned to its lane.

Police say the Jeep continued north and then entered the right lane, striking a 2012 Ford Escape.

The Jeep continued traveling north and then went over a concrete median separating the northbound lanes of North DuPont Highway and a merging lane from Delaware 141.

The Jeep traveled over a raised curb, onto a grassy area and struck a light pole.

Police say the Jeep then struck a riding lawn mower, crossed over the entrance to Wilmington University, and ultimately came to rest in the grass. 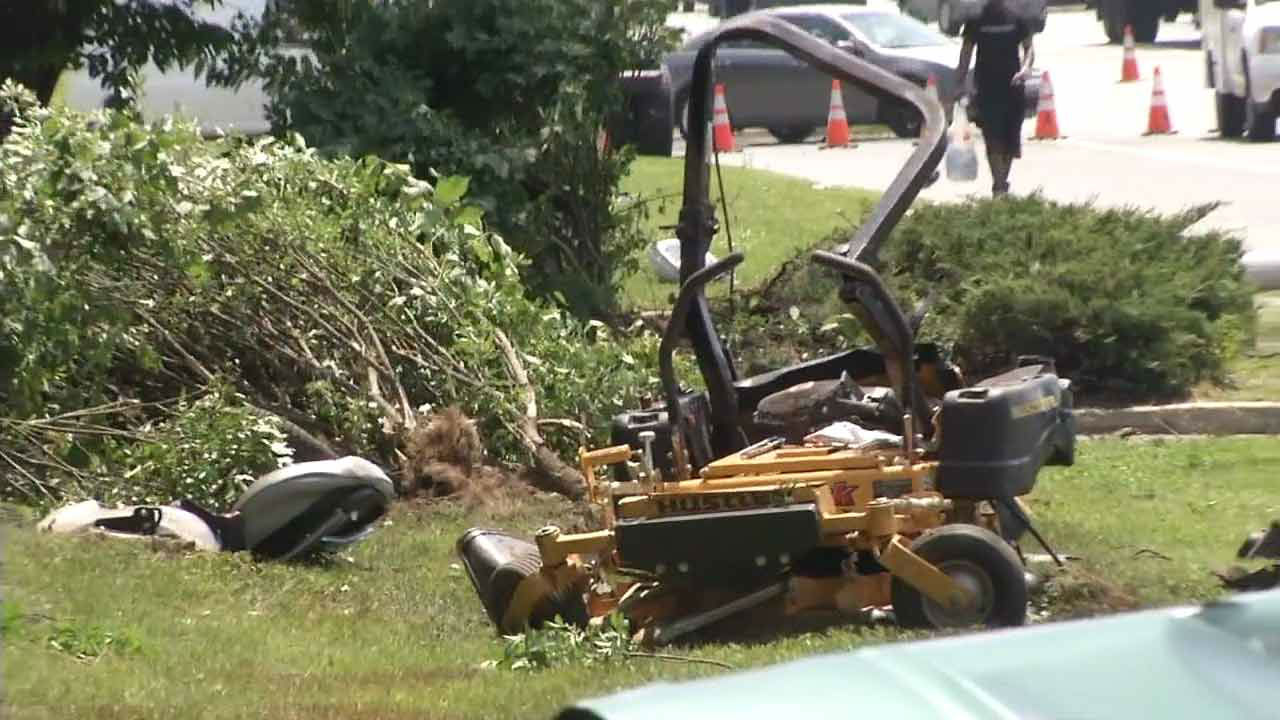 The operator of the riding lawn mower, 20-year-old Francisco Jimenez-Flores of Wilmington, was ejected from the lawn mower. He was transported to Christiana Hospital in critical condition and was later pronounced dead.

The driver of the Jeep, 25-year-old Derek Wynn of New Castle, was also transported from the scene to Christiana Hospital, where he was pronounced dead.

Investigators have not determined if he died as a result of injuries sustained in the crash, or from a sudden-onset medical condition that may have caused his erratic driving.

It is not known if he was properly restrained at the time of the crash.

There were lane closures on northbound North DuPont Highway for approximately two hours as troopers investigated and cleared the crash.

The Collision Reconstruction Unit is continuing its investigation into this crash.