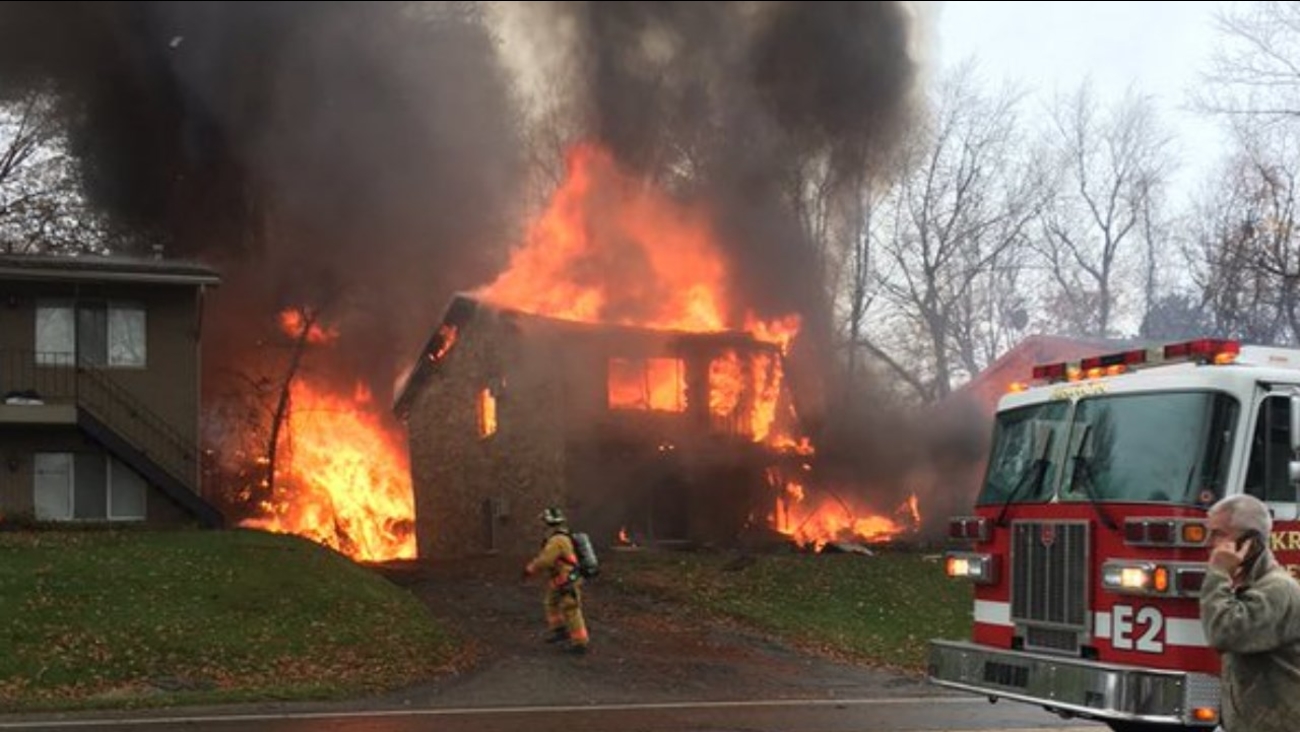 Investigators were trying to determine how many people were on the 10-seater Hawker H25 jet, but they confirmed two deaths, said Lt. Sierjie Lash, an Akron fire department spokeswoman.

No one was inside the small brick apartment building or a neighboring home that caught fire, she said.

The jet clipped a utility wire on the way down and burst into flames and disintegrated after impact, Ohio State Highway Patrol Lt. Bill Haymaker said.

The plane then hit an embankment beyond the apartment building, causing a nearby house to also burn, he said. There were no known injuries on the ground, he said.

"I heard a big bang, and my couch shook twice," said Carrie Willis, who lives several blocks away.

The front of the apartment building was destroyed.

Jesse Moon told WEWS-TV that he was six blocks away when the plane went down and he ran over to the area.

"Everything was gone," he said. "It looked like a bomb exploded."