2 in custody after owner stops restaurant robbery in West Philadelphia 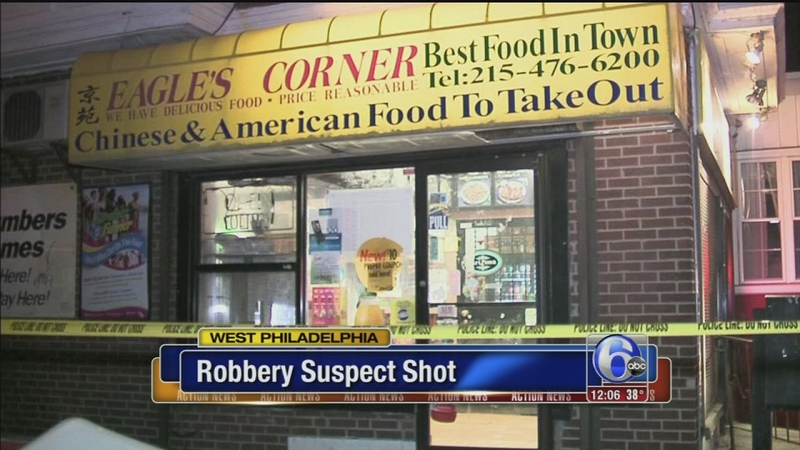 WEST PHILADELPHIA (WPVI) -- Police say two men tried to rob a Chinese take-out restaurant in West Philadelphia but one of the owners pulled out his own gun and opened fire.

It happened at 62nd and Spruce Street at 9:30 last night.

Police say two masked men walked into the restaurant and announced a robbery.

The two store owners were inside at the time.

One of the owners pulled out a gun and shot one of the suspects in the back.

Police believe the second suspect drove him to the hospital.

Both suspects are in custody.

Investigators say before going in, the suspects tried to cut surveillance wires to a camera, but they made a mistake.

"The in-store surveillance cameras and the one in the back yard were still functioning and did record the robbery," said Philadelphia Police Chief Inspector Scott Small.