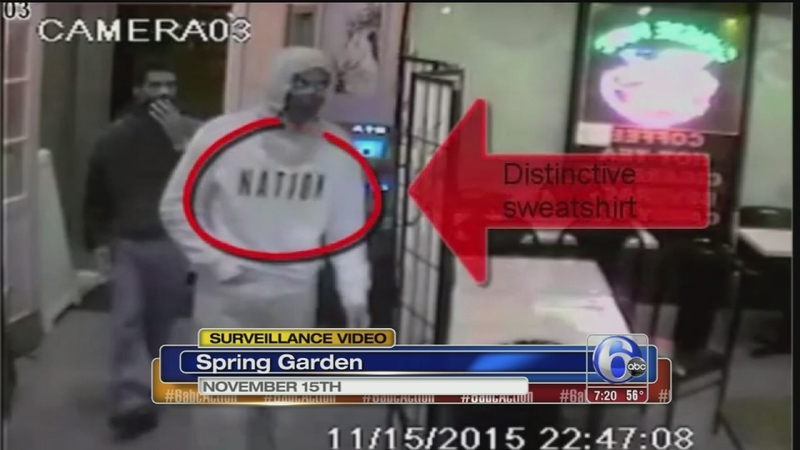 NORTH PHILADELPHIA (WPVI) -- Police say two of three men are wanted in connection with an armed robbery of a Chinese food restaurant in North Philadelphia earlier this month.

Surveillance video captured the crime that occurred on Nov. 11 at the Golden Cuisine Chinese restaurant on the 600 block of North Broad Street.

In the video, the three men can be seen walking into the restaurant shortly before 11 p.m. Two of the men approach the counter and point a handgun at the clerk while the third stands by the door as a lookout.

The men grabbed an unknown amount of cash from the registers before fleeing the scene.


Police were able to arrest one of the suspects shortly after the robbery, but are still looking to identify the other two.

The first suspect is described as a black male in his early 20s, 6 feet 2 inches tall with a thin build. He was wearing a gray hooded sweatshirt with a "Nation" logo and gray sweatpants.

The second suspect is described as a black male in his early to mid-20s, 5 feet 8-9 inches tall, and wearing a gray hooded sweatshirt.