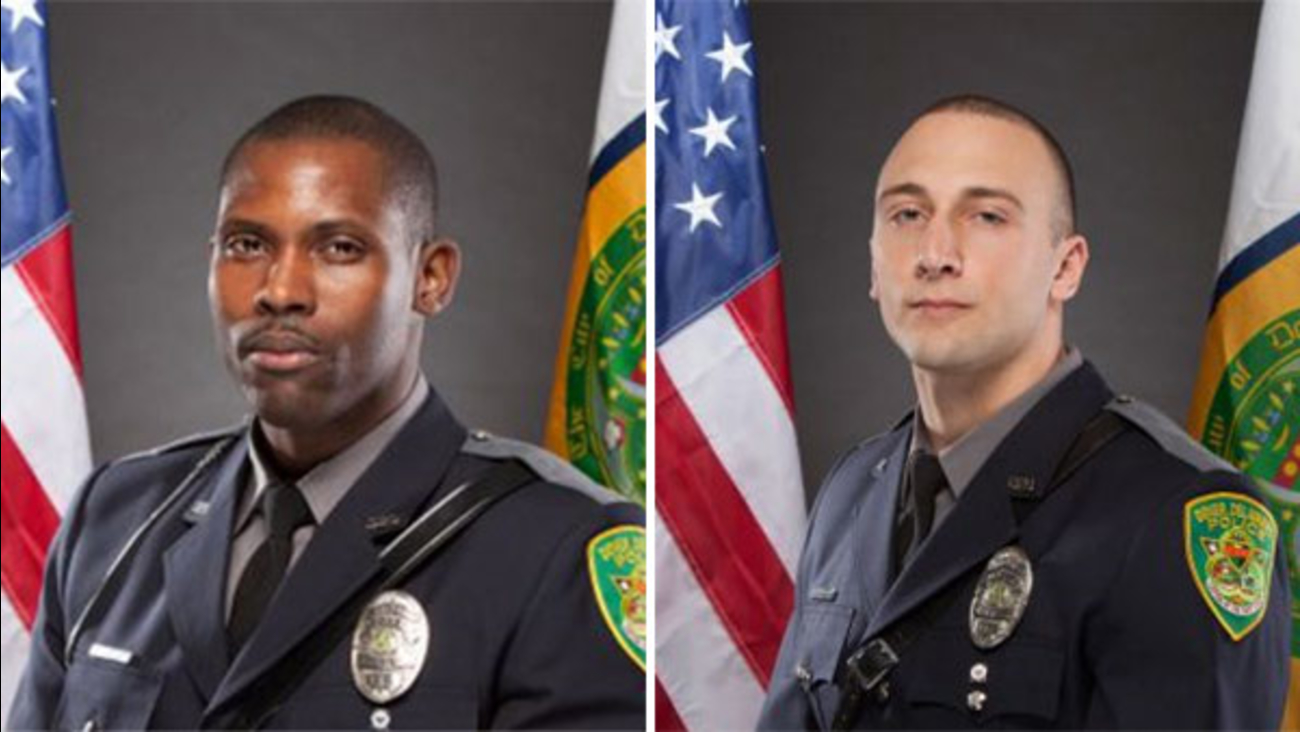 DOVER, Del. (WPVI) -- Two police officers were injured after being dragged by a vehicle in Dover, Delaware Thursday morning.

It was 2:16 a.m. when officers responded to the Hamlet Shopping Center on the 1000 block of Walker Road.

A store employee reported that a man in a vehicle was loitering in the parking lot, throwing trash out of his car window and refused to leave the property.

Two officers arrived to find 28-year-old Christopher Brewer reclined in the driver seat, appearing to be sleeping or under the influence.

When the officers attempted to wake him, police say he became restless inside the car, and appeared to reach for something.

The officers then opened the car door and attempted to take Brewer into custody. But Brewer put the vehicle in reverse and quickly accelerated.

Police say Brewer's car dragged both officers across the parking before fleeing the scene.

Brewer led other police officers on a brief pursuit before he struck a curb, disabling his vehicle. He was arrested in the area of Lakewood Place and Ross Street.

Both officers were taken to Bayhealth Kent General Hospital for treatment of non-life threatening injuries. Patrolman Anthony D'Errico was treated for multiple wounds and abrasions, and Patrolman Willie Johnson is currently admitted with a leg injury.