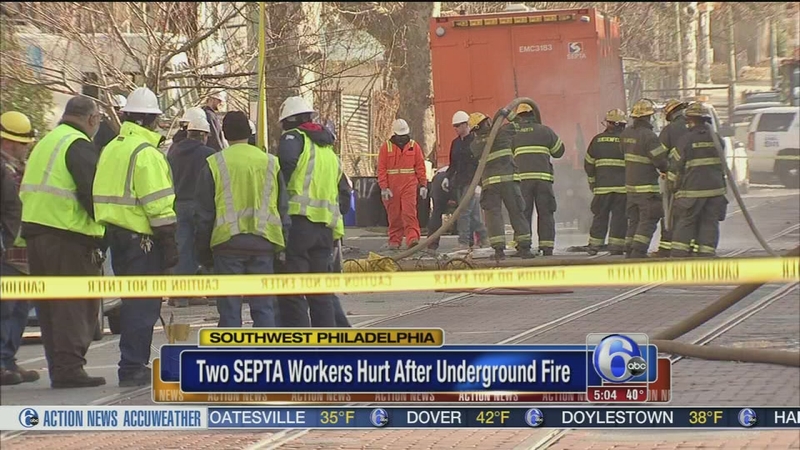 SOUTHWEST PHILADELPHIA (WPVI) -- Two SEPTA workers were injured after a gas leak led to a fire in Southwest Philadelphia.

The workers were inspecting a manhole shortly before 12:30 p.m. Wednesday in the 900 block of South 49th Street.

The fire erupted while the workers were attempting to ventilate the manhole.

They were not underground when the fire erupted.

Both were transported to Penn Presbyterian Medical Center where one worker was treated and released.

The second worker was then transported to Temple University Hospital Burn Unit in critical but stable condition.