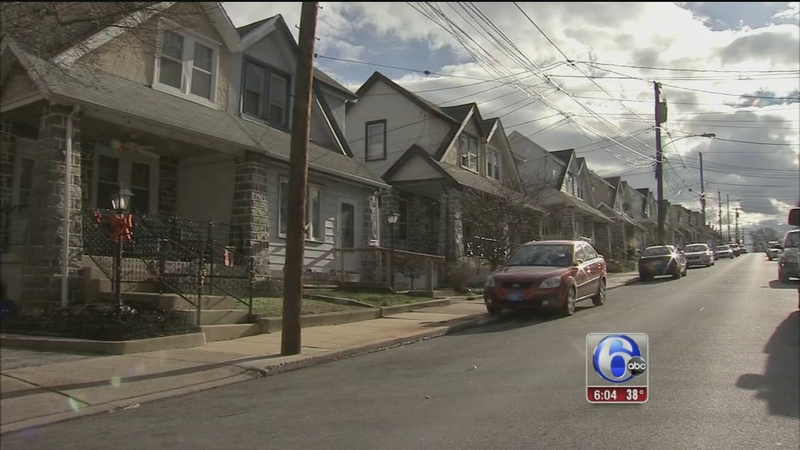 The crime spree dates back to October.

The most recent happened Thursday night.

An aunt and three of her nephews and nieces had just walked into a home on the 100 block of Pennock Avenue when the three assailants stormed in behind them with guns drawn.

The gunmen ransacked the upstairs, stole cash and other valuables, then fled - except one assailant was left behind. Police were on scene within a few minutes and arrested him.

Action News spoke to a woman, who only wanted to be identified as a relative.

"Everybody's fine. We're just thankful to God that nobody was hurt, and possessions can be replaced," the woman said.

Upper Darby investigators believe the crew may be tied to a group who committed a rash of carjackings and robberies in October, including one carjacking at Parkview and Oakley, around the corner from Thursday's home invasion.

Those teens would target women in the area. The victim from Thursday says the teens demanded her car keys, but eventually fled without the car when she didn't produce the keys fast enough.

"I would like to say to them they need to find their savior Jesus Christ, and repent and put their faith in him and to stop doing this," the woman said.

Sources tell us in those carjackings in October, the teens would simply go on a joyride, then ditch the cars around 34th Street near the Philadelphia Zoo.

In October, three plainclothes officers did arrest three juveniles. We are told by sources the parents of those juveniles have not been cooperating with police, so police still have a lot of work to do to see if all these crimes are connected.
Related topics:
pennsylvania newshome invasionarmed robbery
Copyright © 2021 WPVI-TV. All Rights Reserved.
TOP STORIES
Family of man killed outside of Pat's King of Steaks speaks out
Arrest made in 13-year-old murder in Frankford: Police
Firefighter killed in I-76 crash ID'd; other first responders injured
Comedian Jackie Mason dies at 93
New legislation would require women to sign up for potential draft
Should vaccinated people mask up with COVID-19 cases rising?
Black car buyer's experience marred by dealer's 'racist' Facebook post
Show More
LeVar Burton taking over as 'Jeopardy!' guest host Monday
Police ID man charged with murder after shooting at Pat's Steaks
Strangers gift $60K to beloved airport piano player after viral video
AccuWeather: Turning More Humid Sunday
2 teens shot, 1 critical in Northeast Philly: Police
More TOP STORIES News