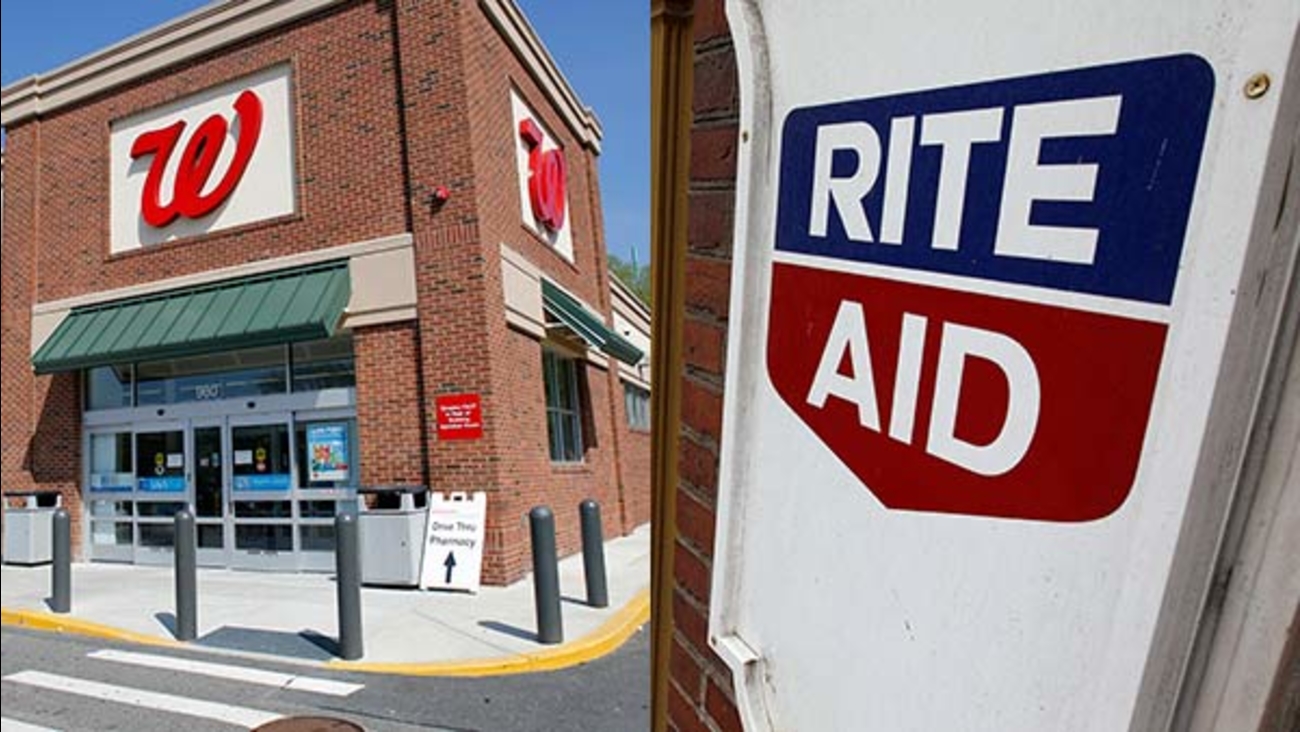 NEW YORK -- Walgreens has ended its takeover pursuit of rival Rite Aid following resistance from U.S. regulators and will instead now buy stores, distribution centers and inventory in a new deal.

The proposed merger, first announced in 2015, was initially for about $9.4 billion but was whittled down to about $6.8 billion earlier this year.

For scrapping the transaction, Walgreens Boots Alliance will pay Rite Aid Corp. a $325 million termination fee. It will pay Fred's Pharmacy an additional $25 million following the termination of a related asset deal.

Under the new agreement, Walgreens will buy 2,186 stores, three distribution centers and related inventory from Rite Aid for approximately $5.18 billion in cash. Walgreens will also assume the related real estate leases and certain limited store-related liabilities. Rite Aid will have an option, exercisable through May 2019, to become a member of Walgreen's group purchasing organization.

Walgreens said Thursday that the stores it purchases from Rite Aid will be converted to the Walgreens brand "over time." The stores included in the agreement are mostly located in the Northeast, Mid-Atlantic and Southeast. The three distribution centers are in Dayville, Connecticut, Philadelphia and Spartanburg, South Carolina.

The new transaction is targeted to close within the next six months.

Prior to the new deal, Deerfield, Illinois-based Walgreens and Camp Hill, Pennsylvania-based Rite Aid faced a complicated task of easing antitrust concerns to complete the buyout. The companies initially expected to sell no more than 500 stores to appease regulators, but that was eventually pushed to 1,200 stores.

The combination of Walgreens, the largest U.S. drugstore, and Rite Aid would have created a drugstore giant with more than 11,000 stores nationally, even with the sale of more than a thousand stores. That would have been a few thousand more than the nearest competitor, CVS Caremark Corp.

Meanwhile, Walgreens reported a 5.3 percent boost in fiscal third-quarter profit to$1.16 billion, or $1.07 per share. Earnings, adjusted for one-time gains and costs, were $1.33 per share.

The results exceeded Wall Street expectations. Analysts surveyed by Zacks Investment Research were looking for earnings of $1.31 per share on $29.68 billion in revenue.

Rite Aid reported a first-quarter adjusted loss of 5 cents per share on revenue of $7.78 billion.