Body cameras, now gun cameras? Some police trying them out 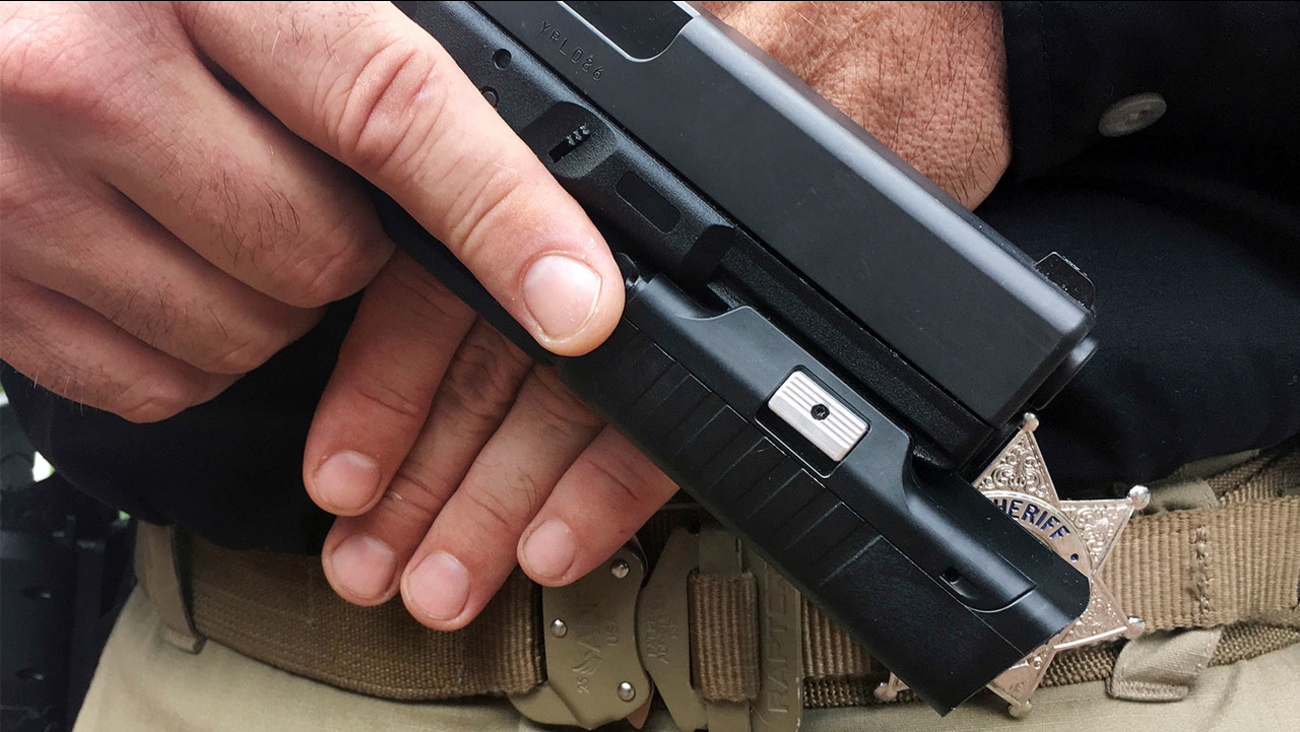 A small number of police departments are showing interest in a new type of video camera that can be mounted directly on officers' guns. (Gavin Smith/Centinel Solutions via AP)

A small number of police departments are showing interest in a new type of video camera that can be mounted directly on officers' guns, saying it may offer a better view of officer-involved shootings than body cameras. Some law enforcement officials and civil rights groups are skeptical.

Among the cons, they point out, is that gun cameras start recording only after weapons are removed from holsters and won't capture what led to officers drawing their guns, or other interactions with the public. They also say they should be used only as a complement to body cameras.

Besides the better view, supporters say the pros include lower video storage costs because gun cameras record much less often than body cameras, and a feature in some models that instantly alerts dispatchers and nearby police via wifi and Bluetooth when officers draw their weapons and may need help.

Officers' arms, walls and other objects can get in the way of body cameras, as they did in the New York City Police Department's fatal shooting of Miguel Richards last month. Officers' body cameras also may not be turned on, gun camera proponents say.

"It's kind of cutting-edge technology now," said Assistant Chief Michael Kovacsev, of the St. Petersburg, Florida, Police Department, which tested gun cameras this year and is also deciding whether to use body cameras.

"One thing about the gun camera is you can actually see what's going on," Kovacsev said. "You actually get to see the viewpoint of the officer where the weapon is pointed."

Gun-mounted cameras have been around for years, mostly for sport shooting enthusiasts, but have not caught on with law enforcement. Some police departments are using cameras mounted on their stun guns that activate when the safety switches are turned off.

The cameras cost around $500, about the same as some body cameras, and mount under the gun barrel. Some also have high-powered lights so officers do not have to hold both a gun and a flashlight.

Other departments planning to test gun cameras include the West Hennepin Public Safety Department, which serves Maple Plain and Independence, Minnesota, about 20 miles west of Minneapolis, and police in Williams, Arizona, about 30 miles west of Flagstaff, according to manufacturers.

Executives at two companies that make gun cameras, Viridian Weapon Technologies in Minneapolis and Centinel Solutions in Palm Beach, Florida, said that several departments have tested or plan to test their devices, and that many more have expressed interest. But they would identify only a few of their clients.

There doesn't appear to be any gun camera footage of a police shooting yet because police agencies have not formally approved use of the cameras and no shootings happened during trials.

Officials at larger police departments, including New York and Los Angeles, said they have no plans to use gun cameras.

"If you put a camera on a gun, it's only going to work when you pull your gun," said Deputy Chief Timothy Trainor of the NYPD, which is expanding its use of body cameras. "We're more concerned about capturing (all) interactions between the community that we are tasked to serve and the officers."

The NAACP and the American Civil Liberties Union both say gun cameras should not be used instead of body cameras.

"I think there's a lot of context you're going to be missing with the gun-mounted cameras," said Ngozi Ndulue, senior director of criminal justice programs at the NAACP. "I think we need to focus more on the policies for implementing body cameras and making sure officers are turning on their body cameras."

There have been several instances of officers' body cameras not being turned on or malfunctioning in high-profile shooting cases, including the fatal shooting of an Australian woman by Minneapolis police in July, Ndulue said.

Justine Damond, who had called 911 for help, was shot by one of two responding officers whose body cameras that were not switched on. A prosecutor is considering charges, and body camera footage would have been key in determining any wrongdoing.

"There's no guarantee that the gun cameras are going to be better than other cameras," said Jay Stanley, a senior policy analyst for the ACLU. "If there was a shooting, I would want more video than just the gun camera video."

In the New York police shooting Sept. 6, officers' body cameras showed the tense buildup to the killing but did not capture a clear picture of the moment when officers opened fire on Richards. Officers' arms and walls partly obscured their body cameras. Police said they opened fire when Richards pointed what turned out to be a fake gun at them. A prosecutor is investigating.

"It shows the final mile of what happened," he said. "It potentially gives you peace of mind. This is just another tool to enhance that transparency."

Brian Hedeen, president and chief executive of Viridian Weapon Technologies, said gun cameras can also save police departments money in video storage costs because they produce less than 1 percent of the data body cameras do because they're not activated as much.