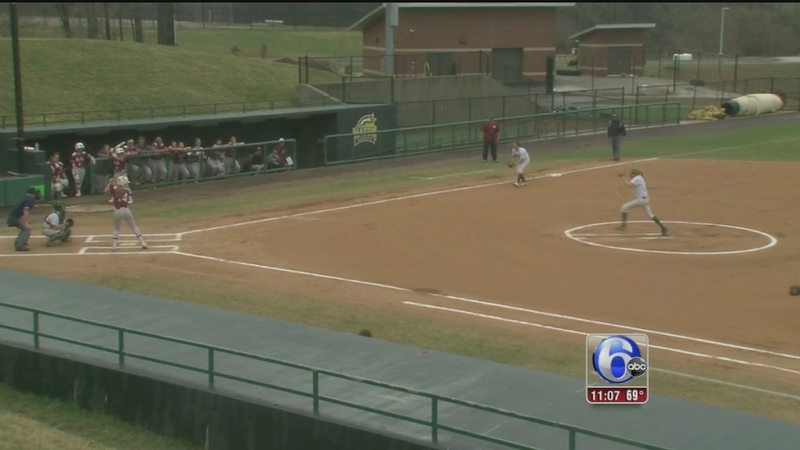 PHILADELPHIA (WPVI) -- A second lawsuit has now been filed against Saint Joseph's University in the wake of a hazing scandal involving the women's softball team.

Action News broke the story back on April 2nd following accusations of lewd conduct and drinking forced on freshman players by upperclassman.

The most recent lawsuit, similar to the first, accused St. Joe's head softball coach Terri Adams of doing nothing to stop the hazing and alleges.

It alleges, "...Coach Adams actively impeded the investigation by informing the players on the team to "plead the fifth while being investigated."

The University says it's responding appropriately to the concerns that have been raised, and that the investigation is ongoing.
Related topics:
philly newssaint joseph's universityhazing
Copyright © 2021 WPVI-TV. All Rights Reserved.
More Videos
From CNN Newsource affiliates
TOP STORIES