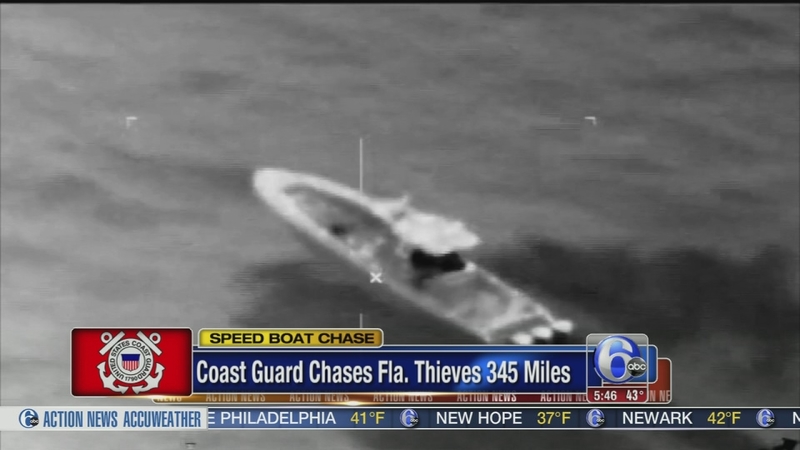 FORT MYERS BEACH, Fla -- Three suspects are in custody after leading authorities on a 300-mile chase in the Gulf of Mexico.

According to a Lee County Sheriff's Office news release, authorities were alerted to a boat theft in Fort Myers Beach, about 125 miles south of Tampa, early Thursday.

When officers arrived, the suspects allegedly attempted to ram their vessel with the stolen 36-foot Invincible. The sheriff's office says the suspects then fled, outrunning local and federal authorities in an open fishing boat capable of speeds over 70 mph.

Authorities chased the suspects for over 20 hours off the Florida coast. Petty Officer 3rd Class Ashley Johnson tells the News-Press that they eventually were stopped about 65 nautical miles off the coast of Cuba.

The Coast Guard is bringing the suspects and the stolen boat back to Florida.