Worker dies after electrical accident at King of Prussia Mall 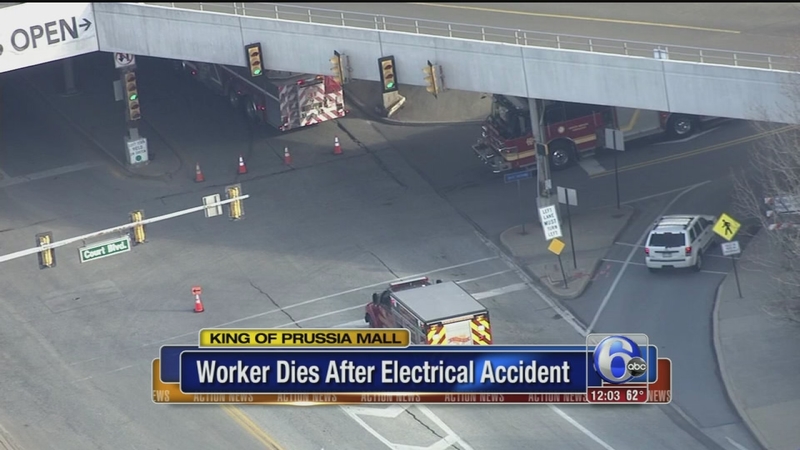 KING OF PRUSSIA, Pa. (WPVI) -- One of two workers injured in an electrical accident Monday at the King of Prussia Mall has died.

The cause of death has been ruled electrocution and classified as accidental.

The incident happened at 7:20 a.m. Monday, as crews worked on the mall's expansion project.

Police say Iacovino and another worker were inside a scissor jack lift cutting electric cables beneath the second story floor of an existing section of the Mall near a newly constructed portion.

Iacovino was shocked and seriously injured when an energized cable carrying 13,000 volts of electricity was cut by one of the men.

The other worker, a 27-year-old man, suffered non-life-threatening injuries.

Both men, employees of Omni Electric of Collegeville, Pa., were treated at the scene then taken to Paoli Hospital, along with a third man who was taken to the hospital as a precaution.

Initial reports indicated that third worker was injured, but he was unharmed.

The accident happened in the Court section of the mall near Macy's.

According to police, the arcing wire created a small fire, which was extinguished, and a moderate smoke condition, which was quickly remedied.

Power restoration to the area was delayed an hour due to the accident.