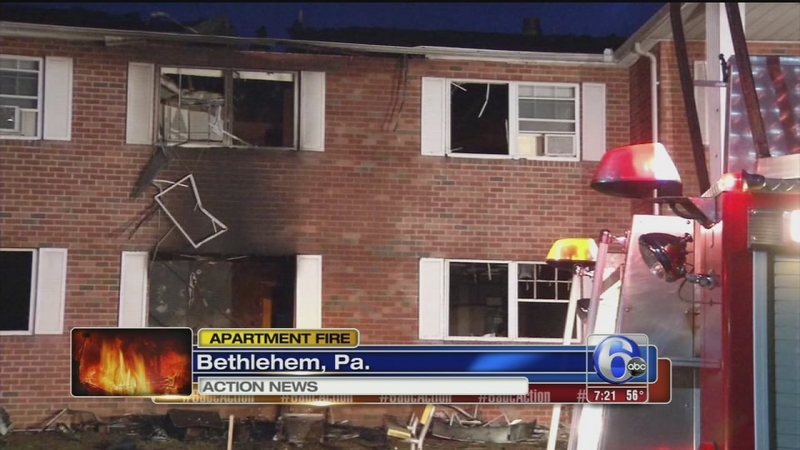 The fire broke out around 2 a.m. Saturday at the Sherwood Pines Apartments on the 1500 block of Irene Street.

Upon arrival, fire crews said flames were shooting from the roof. They quickly went to work to get the blaze under control.

Fire and police officials rescued two people from an apartment.

Bethlehem Fire Chief Robert Novatnack said, "Crews did a good job ventilating. They made an interior rescue, the firefighters did. And the policeman made an exterior rescue with one of our ground ladders from the fire truck and pulled someone out from the second floor, so they made a good save also."

Several ambulances were called to the scene to treat residents for smoke inhalation.

Four people were taken to the hospital; two have been discharged.

The Red Cross was called to assist the 22 displaced residents.