CHICAGO -- Four people were killed and at least 29 other people have been injured in shootings across Chicago since Friday night.

The most recent fatal shooting happened Sunday night in Pilsen.

Officers responding to a call of shots fired in the 2100 block of West 18th Place at 9:30 p.m. found a 36-year-old man lying in the street with a gunshot wound to the back of the head, police said.

He was taken to Stroger Hospital, where he was pronounced dead at 11:20 p.m., according to the Cook County medical examiner's office. His name was withheld Monday morning pending notification of family members.

Sunday afternoon in the South Chicago neighborhood, a 17-year-old boy was shot to death.

About 12 p.m., Marc Williams, 17, boy was walking in the 8200 block of South Houston when a person approached on foot and opened fire, striking the teen in the abdomen, authorities said.

Williams, of the 8100 block of South Coles, was taken to Northwestern Memorial Hospital where he was pronounced dead at 12:38 p.m., authorities said.

About 11:40 p.m. Friday, a man was killed in the Back of the Yards neighborhood on the South Side.

Charles Wright, 39, was shot in the abdomen in the 5300 block of South Hoyne, authorities said.

Wright, of the 3100 block of West 71st Street, was taken to Mount Sinai Hospital, where he was pronounced dead at 12:35 a.m., according to the medical examiner's office.

A shooting at 10 p.m. Friday night left one man dead and another wounded in Austin on the West Side.

The two were standing in a yard in the 5500 block of West Corcoran when multiple people fired shots from a sidewalk, police said.

Denzell Franklin, 23, was shot in the face and armpit and was pronounced dead at the scene at 10:43 p.m., according to police and the medical examiner's office.

The other man, 24, walked to West Suburban Medical Center in Oak Park with a gunshot wound to the arm, police said. His condition had stabilized late Friday night.

The most recent nonfatal shooting happened Sunday night in the Northwest Side Logan Square neighborhood.

Two men were walking outside in the 3600 block of West McLean about 10 p.m. when someone with a gun walked up, asked the men if they had gang affiliations and opened fire, police said.

A 31-year-old man was shot in the neck and spine and was taken in critical condition to Advocate Illinois Masonic Medical Center, police said.

The 24-year-old man, shot in the leg, ran away and a relative drove him to Presence Saints Mary and Elizabeth Medical Center, where his condiiton was stabilized.

At least 25 other people have been wounded in shootings since 8:40 p.m. Friday.

Additionally, a teenage boy was seriously wounded in an accidental shooting in the South Lawndale neighborhood on Sunday afternoon.

A 16-year-old boy was showing a 17-year-old boy a handgun about 3:50 p.m. in the 3200 block of South Kedvale when it accidentally went off, striking the older teen in the chest and arm, police said. The older teen was taken to Mount Sinai Hospital in serious condition.

The 16-year-old faces felony counts of unlawful use of a weapon, unlawful possession of a firearm and reckless discharge of a firearm, police said. 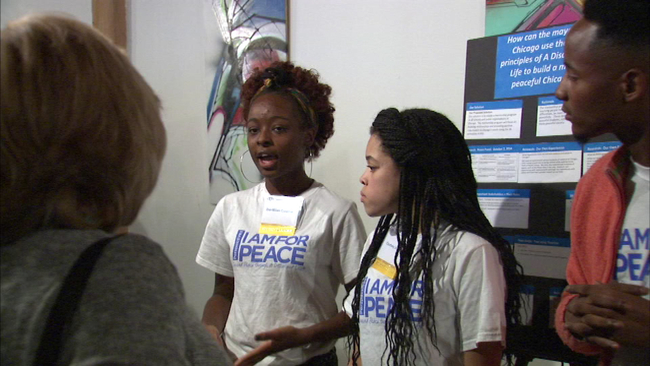