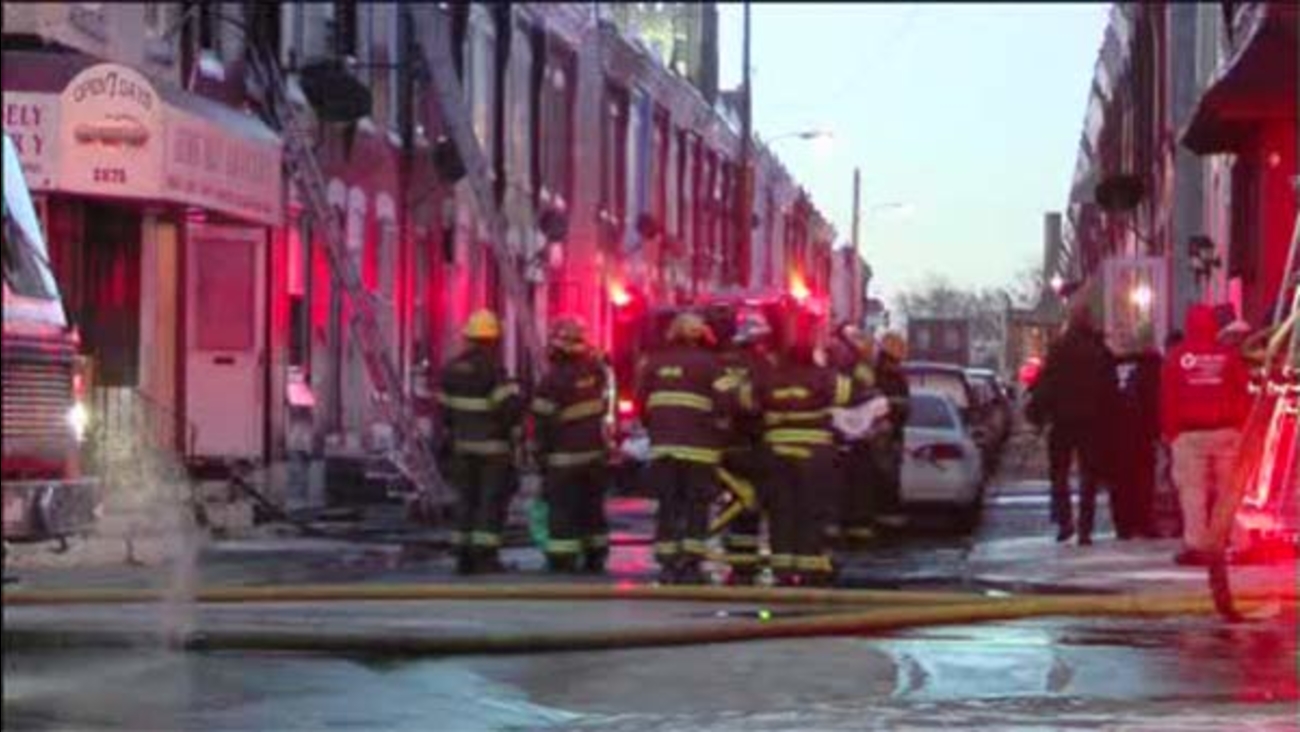 Flames were shooting from the second floor of a 2-story home.

Firefighters quickly went to work on dousing the flames.

They remained at the scene making sure all hot spots were out.

Police believe a squatter was living inside the home, but fled when crews arrived.

They say an elderly male who lived there, passed away around two weeks ago.