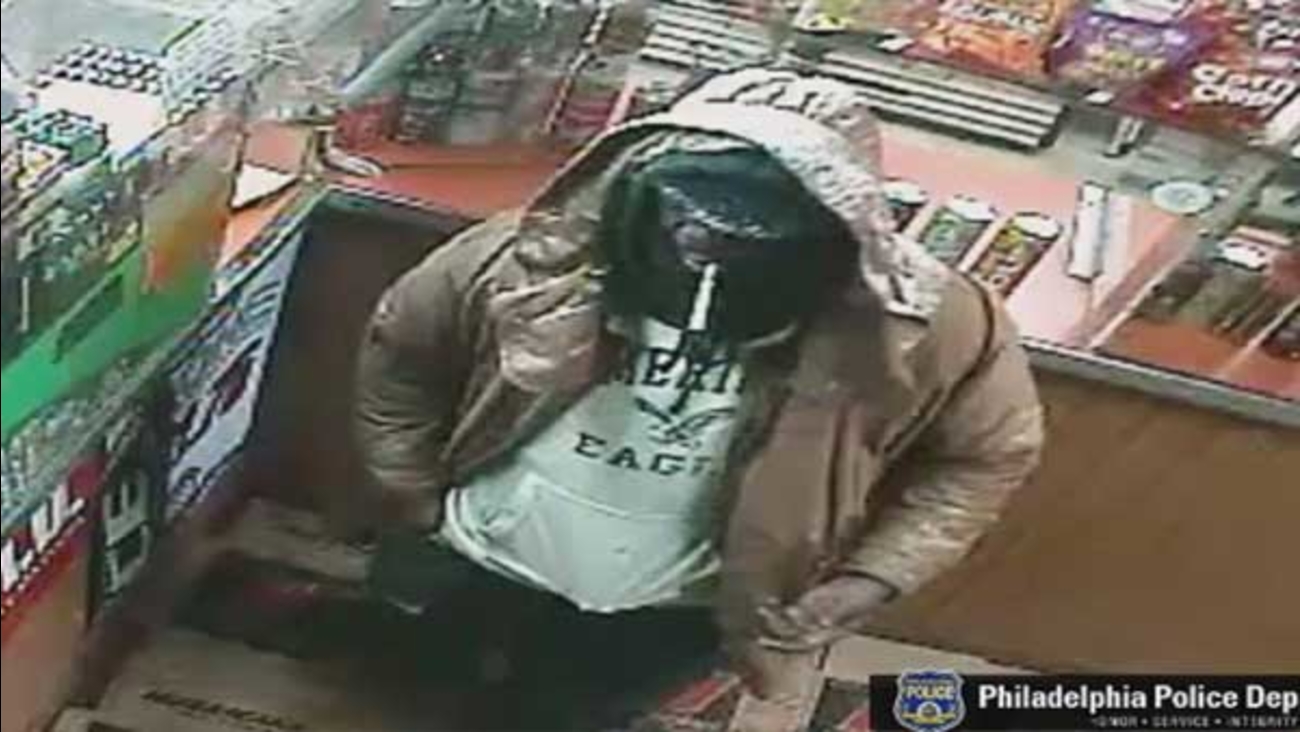 Philadelphia police are looking for two armed suspects who robbed a man inside a pharmacy in the city's Fern Rock section.

FERN ROCK (WPVI) -- Philadelphia police are searching for two armed suspects who robbed a man inside a pharmacy in the city's Fern Rock section.

It happened on January 6 shortly before 3 p.m.

Authorities say the pair followed the victim into the Delco Pharmacy located on the 5600 block of North Broad Street.

As the victim was walking out of the pharmacy, one of the suspects pushed him back into the doorway where the second suspect was waiting.

The robbers pointed a gun at the victim and tackled him to the ground.

They went through his pockets and stole $300 and cigarettes before fleeing the scene.

The victim suffered some minor back pain as a result of the attack.

Police describe the first suspect as a black male, 30 years-old, 6'0" tall with a medium build and light complexion. He was wearing a gray "Sean John" jacket with "S" on the left front and "Sean John" on the back, light colored jeans, light colored hooded sweatshirt, and armed with a handgun

The second suspect is described as a black male, 30 years-old, 6'0" tall with a dark complexion and thin build. He was wearing a tan hooded jacket, gray Philadelphia Eagles sweatshirt, dark colored jeans, dark colored boots, carrying a dark colored backpack with a white logo of a crown, and armed with a handgun.