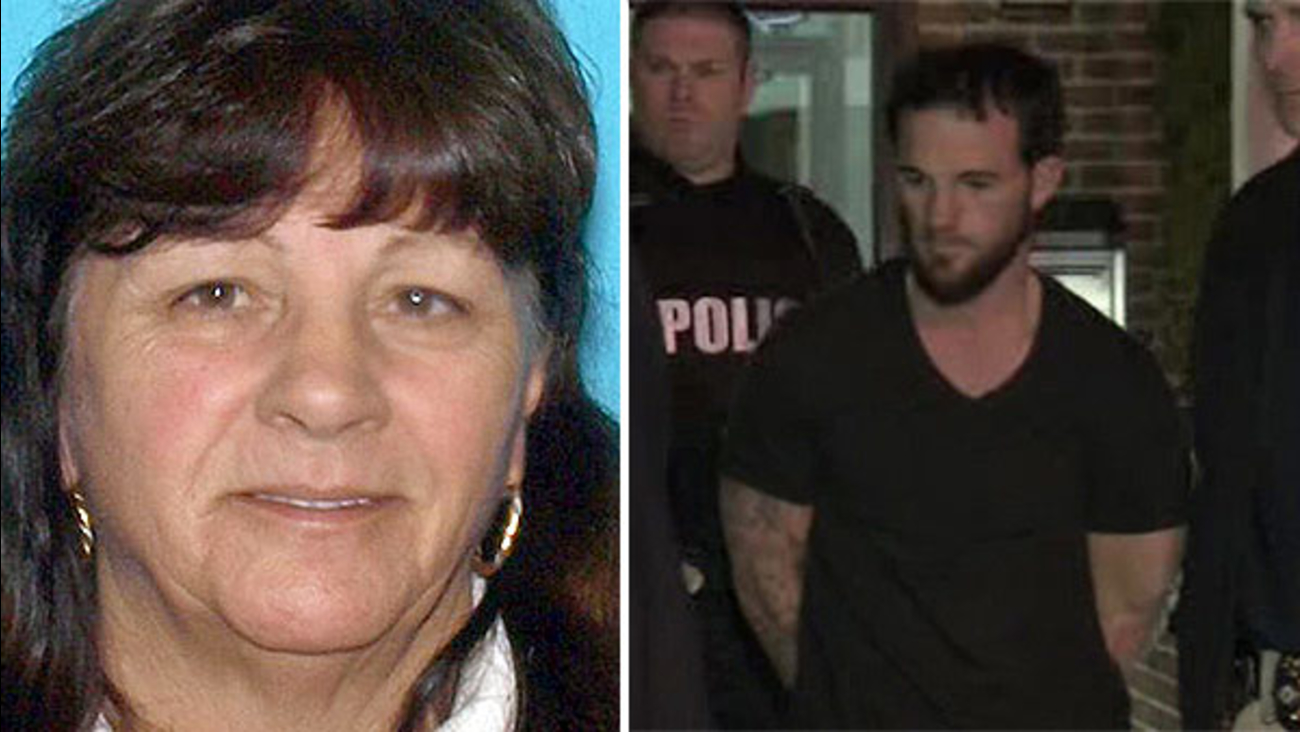 WPVI
MT. LAUREL, N.J. (WPVI) -- Police say they have charged a man in the murder of his wife, a missing mother of two from Mount Laurel, New Jersey.

28-year-old Kyle J. Crosby was charged Tuesday with murder in the death of his wife, 26-year-old Erica Crippen.

Police say he was driving his missing wife's Ford Taurus, and that upon a search of the vehicle they found several items in the trunk that they believe are connected to Crippen's disappearance.

He is being held in the Burlington County Jail. Bail was set at $1.2 million.

Erica Crippen's body has still not been located.

Erica's family came to court looking for answers on Tuesday. But they didn't learn much during her husband's short first appearance.

Crosby showed little emotion as the charges against him were laid out in court for the first time.

One count of murder and two counts of child endangerment.

Erica's relatives sobbed quietly in court, never getting the answer to a burning question. Where is Erica?

Erica's aunt, Sonya Ramos-Spencer, tells us, "Without Erica we're still lost. We're grateful that Kyle is here and he has been caught, but we're still missing Erica."

Erica was last seen with Kyle at the PJ Whelihan's restaurant in Cherry Hill on December 30th.

The couple lived together with two children - a 7-year-old daughter from a previous relationship and their 3-month-old daughter.

Police were sent to their residence on January 7th for a wellness check after the older child failed to report to school. It was at that time that Kyle signed a missing person report, saying he had not seen his wife since January 1, police said.

Erica's family were there with the police and found her pocketbook and coat and signs of a struggle.

They asked police to open the trunk of her car, but they say the police told them they couldn't without a search warrant.

The next day both he and the car disappeared.

The investigation eventually led to a child endangerment charge against Kyle. That charge is what allowed police to execute the traffic stop and detain Crosby.

So now the search is on for Erica's body. Police say it could be anywhere between here and Baltimore.

Deputy Prosecutor Jim Ronca explains, "He was gone for five days and we've verified by various surveillance and other means that he was as far away as Baltimore, Maryland and places in Delaware."

Erica's family says they are willing to forgive Crosby. They just want him to lead police to her body so they can bring her home.

Law enforcement sources say he is not cooperating.